Holloway vs Edgar Is Finally About to Happen at UFC 240

This Saturday, Edmonton will be the gathering place of Ultimate Fighting Championship enthusiasts, and challengers, as final preparations are being made for the main event of the competition – the fight between Max Holloway and Frankie Edgar, which will take place on July 27th.

The showdown between Max Holloway and Frankie Edgar is scheduled some two years later than originally anticipated, and a number of fans lost hope that the fight would ever happen. 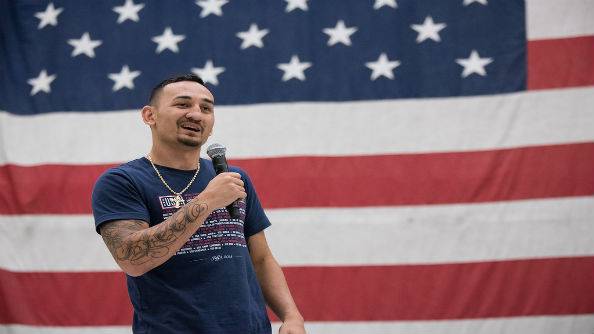 The reasons behind the long delay were entirely justified, and Edgar was forced to step away after suffering an injury during UFC 218.  With his left biceps “out of service”, Edgar was replaced by another featherweight contender Yair Rodriguez, leaving the crowd who expected to see the clash between Edgar and Chan Sung Jung (aka “The Korean Zombie”) bitterly disappointed.

With a twist of fate, the encounter between the two was once again thwarted, as it was Holloway who suffered an injury this time. Brian Ortega took the fight instead, knocking out Edgar in the first round. At UFC 231, Ortega beat Edgar to the punch and confronted Holloway at Scotiabank Arena in Toronto, but faced defeat at the hands of the champion, who marked his 13th victory in a row.

A Rebound Match for “The Blessed”?

Holloway’s winning streak was abruptly ended when he went after the lightweight belt at UFC 235. It was not to be, and the champ was defeated by Dustin Poirier who is scheduled to fight Khabib Nurmagomedov in Abu Dhabi at UFC 242.

This was Holloway’s first defeat in almost 6 years, which gives more depth to the upcoming match with Edgar.

Judging by the turmoil surrounding the fight, a lot is riding on the upcoming bout, and both fighters seem up to the challenge. For Holloway, it is all about regaining his position as a featherweight prodigy and defending his legacy.

As for Edgar, winning the fight would establish him as one of the 8 fighters (so far) to win a title in different divisions.

Cris Cyborg Detained at the Airport

The “shootout” between Holloway and Edgar is not the only spectacle to look forward to; Cris Cyborg and Felicia Spencer will also meet in the octagon this Saturday, July 27 at Rogers Place.

Spencer, who is aiming at the title, does not underestimate her opponent and feels that Cyborg is still a force to be reckoned with, despite being defeated by Amanda Nunes at UFC 232.

Cyborg has already arrived in Canada but was temporarily detained at the airport for possession of CBD oil (Cannabidiol), used for different medical treatments but illegal in the Great White North.