Play’n Go is one of the most popular game developers in the world. Their latest release, Baker’s Treat, has only solidified their stance as a fan-favourite. In Canada especially, players are drawn to the iconic Play’n Go games. Baker’s Treat will undoubtedly draw a crowd. Its sweet treats theme appeals to so many, as does the Play’n Go name.

There’s no doubt that regular online casino players will have encountered their games. Now, Play’n Go is bolstering its offering with what looks to be another stunning game. The theme is so popular and yet barely explored in online casinos. So, Baker’s Treat has all the makings of a hit game.

Sweet in appearance, sweeter in play 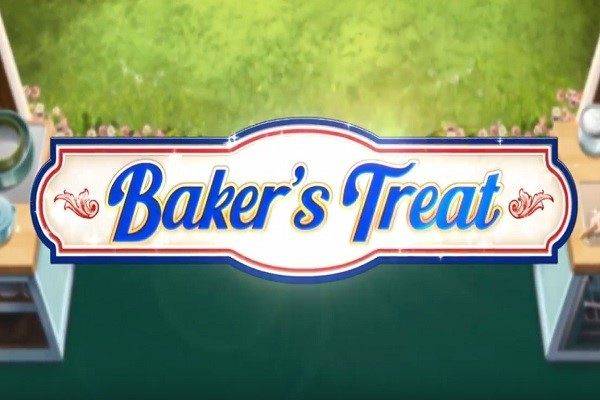 Naturally, the cakes and pies of the game’s image will be the draw. But, as is the case with Play’n Go creations, players in Canada will stay for the incredible gameplay. It appears to have taken inspiration from The Great British Bake Off. Play’n Go CEO Johan Tornqvist says the theme is based on the great British pastime of baking. But the fun is not just about the theme.

Tornqvist goes on to say that it shows the quality and breadth of Play’n Go’s entertainment provision. Sweet Alchemy is a big hit for Play’n Go. So, they decided to explore the sweet treats theme further. This game has a classic feel to it. This is not just because of the theme but also the layout of the slots.

Perhaps the most powerful of all is the Bake Off feature. Land the right bake on the reels and all five Flour Power Spin features trigger consecutively. Bake Off brings huge rewards.

This colourful and creative game is already live at Play’n Go casinos. The likes of Betsson and Casumo have seen many of their Canadian players enjoy the game.

More great games on the way

Baker’s Treat will, no doubt, dominate the slot section for a long time. Players in Canada will not be able to resist the sweet treats and the game’s winning power. That said, Play’n Go has many other top games scheduled for release soon.

On the way from Play’n Go is Legacy of Egypt. Featuring the gods Anubis and Horus, Legacy of Egypt will be huge. Then, there’s also the much-hyped Golden Colts game.

Play Baker’s Treat with a stack of bonus cash at Betsafe and Instacasino today!