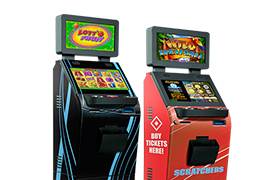 Ontario-based INNOVA Gaming Group, one of the leading Canadian developers, recognized for its LT-3 lottery vending machines, announced the official financial results for Q4 of 2016, as well as for the whole year.

The company can be pleased with the previous year since it recorded an increase in revenue. INNOVA earned $22.7 million, a million and a half more than in 2015.

Regarding the last quarter of the previous year, there was a slight increase of $500,000. A humble result, but it could have been much worse if it hadn’t been for the company’s main product. 185 new LT-3 machines were installed during 2016, while 94 were removed, for a total of 2,062 units available.

Last July, INNOVA signed a support agreement with Amaya, according to which the Quebec gaming company would pay an amount equal to the shortfall between the company’s EBITDA directly or indirectly derived from INNOVA’s subsidiaries Diamond Game and Blue Stone.

The beginning of this month was marked by Pollard Banknote Limited’s proposal to buy INNOVA shares at a cost of $2.10 per share. The Pollard’s proposal was backed up by Amaya, but the final outcome will be known after a special committee analyzes the financial aspect of the proposal as well as its possibilities for the company itself.

Founded in 1994, INNOVA Gaming Group is one of the leading names when it comes to developing lottery and other gaming products. With its know-how and experienced employees, the company is a leader in the North American lottery industry. The company operates in over 10 states in the United States, as well as in Ontario and Quebec, with more than 2,000 gaming units deployed.