The lawsuit against International Game Technology (IGT) that was filed by GC2 Inc approximately 3 years ago has finally come to an end, and the two gaming companies managed to resolve the litigation amicably after IGT agreed to settle.

The acclaimed gaming software developer IGT (best known in Canada for Wheel of Fortune, Powerbucks, Cleopatra, and Siberian Storm slots), found itself in a center of unwanted attention when GC2 sued the developer for copyright infringement.

The Coyote Moon slot game was the main bone of contention between the two providers, although several other games were mentioned in the lawsuit, including Pharaoh’s Fortune, King Pin Bowling, Festival Fantastico, Lucky Lion Fish, Kitty Glitter, and Wild Goose Chase. 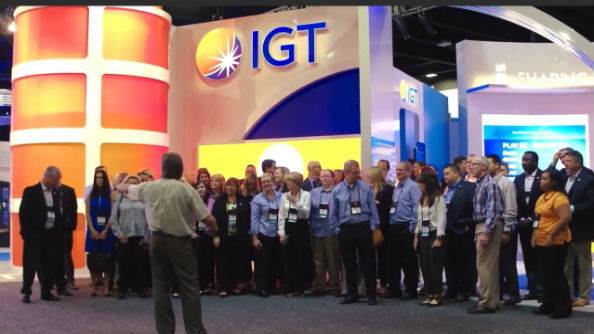 According to GC2’s lawsuit, IGT’s subsidiary signed an operating agreement with the Illinois-based developer in 2003, gaining exclusive rights to distribute GC2’s content, but the contract was limited to cabinets only.

GC2 Pleased with the Outcome

The law firm that represented GC2 is pleased with the court decision, which ultimately allows both developers to take advantage of 30 digital games that have been developed by GC2. The new arrangement cites that the ownership of the software will be transferred over to IGT (having previously paid $5.9M for copyright), while GC2 will acquire the license to use the games in the non-gaming applications.

A part of the lawsuit also involved the profits generated by IGT, which GC2 requested as a form of compensation for the damages suffered by unlicensed use of the company’s artwork. The request was justified by GC2’s reliance on the cash flow coming from intellectual property licensing which allows the business to stay afloat.

In March this year, a similar dispute took place after Play’n GO launched Starblast, a slot that was eerily similar to NetEnt’s iconic Starburst, one of the most popular slot games across numerous online casinos. The unconfirmed sources claimed that NetEnt was ready to start litigation, which promptly resulted in Play’n Go’s pulling Starblast off the shelves.

Almost all traces of Play’n GO’s version of the space-themed game have been removed since, and the company seem to have pushed this incident under the rug.