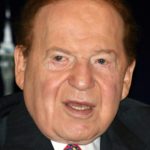 US Attorney General Jeff Sessions has recused himself from any discussion of the “gambling issue,” a DOJ spokesperson said.

Sessions is one of the leading advocates of reversing a 2011 DOJ opinion on the applicability of the Wire Act that paved the way for legal online casino gambling on a state by state basis. His recusal is a result of a potential conflict of interest arising out of his ties to the Sheldon Adelson backed Coalition To Stop Internet Gambling.

The fatal link comes in the form of attorney Charles Cooper, whom Sessions had hired as counsel in 2016 as Congress investigated any potential Russian tampering with the presidential election:

However, Cooper was also recently hired by the Coalition to Stop Internet Gambling as well. This created a conflict of interest that could have seen Sessions get into serious legal trouble had he continued to work on issues for which The Coalition will be lobbying heavily.

While this is certainly a blow to the Coalitions efforts and welcome news for online casino players, the enthusiasm is being tempered by the emergence of new government officials that have stepped in to fill the void. Deputy Attorney General Rod Rosenstein will now be heading up executive branch efforts to reinterpret the Wire Act.

Rosenstein is no stranger to internet gaming. He was the Maryland US Attorney responsible for seizing no fewer than ten web domains and eleven bank accounts on what is known as online poker’s “Black Friday.”

The problem for online casino advocates is that the Obama White House interpreting the Wire Act to only apply to sports betting was just that – an interpretation. Without new legislation explicitly protecting the states’ rights to make their own gaming laws, the legality of online casino gaming will continue to remain beholden to the whims of the DOJ.

Therefore, while the recusal of an AG known for his strong anti-online casino ties is certainly welcomed, his replacement by an equally anti-gaming official suggests there will be no change in policy – and no end to the fight in the near future.