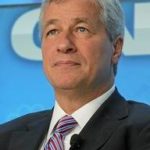 As the online casino industry continues to plough ahead with deeper and deeper integration of cryptocurrencies like Bitcoin, the controversy surrounding its ultimate viability as a payment option refuses to die down.

One of the main grounds for questioning the viability of the currency is its volatility. Just this year, Bitcoin’s value has fluctuated several hundred dollars in a very short time.

For Canadian online casino players, the danger comes via the possibility that they might hit a life changing jackpot, cash out in Bitcoin, and then find out that within a short time the currency has plummeted significantly — and erasing their profit in the process.

The reason this is a potential scenario is because cryptocurrencies are not backed by any government, making them prone to speculation and potential collapse:

“Don’t ask me to short it,” Dimon said. “It could be at $20,000 before this happens, but it will eventually blow up. Honestly, I am just shocked that anyone can’t see it for what it is. You can’t have a business where people invent a currency out of thin air and think that people who are buying it are really smart,” Dimon said in an interview.

Dimon is just another voice in a long list of prominent names that have expressed concern about the future of Bitcoin.

For the time being, such pessimism is proving to be a hard sell. Bitcoin has done nothing but go up over the course of the last few months and years. And even where there has been a significant drop in value, the cryptocurrency has so far proven to be remarkably resistant.

For now, online casino players will just have to decide for themselves if they want to take the risk of cashing out their winnings in Bitcoin.

Back to Cryptocurrency casinos page