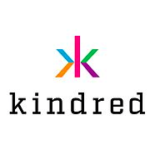 The Kindred Group, a leading online casino operator with operations all around the world, has signed a new agreement with content provider Nolimit City, the company announced in a statement to its corporate website.

The deal will see Kindred getting use of the entirety of Nolimit’s extensive portfolio of online casino games, including Wixx, Space Arcade, and Creepy Carnival. Distribution will be handled by Relax Gaming, which has been a partner with the Kindred Group and has experience in bringing games to market.

Deal A Coup for Nolimit City

As a lesser known developer, partnering up with a huge operator like the Kindred Group is a big deal for Nolimit City. The visibility and reach offered by Kindred will go a long way towards increasing the overall popularity of its titles and undoubtedly open up new opportunities in the future.

Maclolm Mizzi, Head of Sales at NoLimit City, highlighted the excitement the company feels at getting a chance to move up to another level within the hierarchy of online casino partnerships.

“This marks the start of an exciting and fruitful partnership with a very reputable platform in the industry,” he said. “Working with Relax Gaming has been an absolute stroll in the park and we’re eager to cement this venture with the release of one of the largest Operators out there! We are confident that this release will take Nolimit city to greater heights.”

One of the reasons why Nolimit City can expect to have more visibility moving forward is the ability of Kindred and Relax to leverage omni-channel gaming for their partners.

While Nolimit City does of course have mobile versions of its games, the proven omni-channel marketing capabilities of the Kindred Group should go a long way towards growing marketshare. In an environment where mobile is increasingly all-controlling, the importance of this expertise for growing the Nolimit City brand cannot be understated.