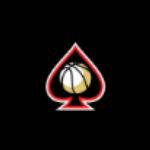 You could say that just like Canadian online casino players, Las Vegas is on a bit of a hot streak.

Long considered the undisputed capital of casino gaming for Canadian casino enthusiasts, Vegas is also one of the fastest growing cities in our neighbor to the south. Last year saw a slew of different sporting franchises decide to move to Sin City, including the former WNBA ‘San Antonio Stars’ franchise.

Owner MGM Resorts has now officially renamed the franchise as the ‘Las Vegas Aces,’ the company said in a press release.

Only Team To Choose A Gambling Theme

While no one can doubt that the name says Vegas by evoking the gambling aura that is its namesake, the choice has still raised some eyebrows. The other two major sports franchises that have recently announced the move have steered clear of placing gaming iconography in the title.

Both the NFL (Raiders) and NHL (Golden Nights) sought to distance themselves from the sometimes seedy undertones of the Vegas scene. However, those franchises both have ownership groups outside of the gambling industry. In contrast, MGM is one of the biggest name in casino gaming. Still, the decision to make an obvious gambling reference came as a bit of a surprise to some.

A Vegas First: Betting On Aces To Be Prohibited

Canadian poker and Blackjack players especially know the excitement that betting on Aces can bring. But unfortunately, Canucks looking to place a sports bet on the newest Aces to bet while they are in town will be disappointed. Due to fears about a conflict of interest, sports betting on the team (at least from MGM properties) will be strictly prohibited.

It’s fairly certain to say this is the first time in Vegas’ history that betting on Aces will be prohibited.

Still, there is much excitement surrounding the team’s arrival. Vegas has gone from having zero sports franchises to having three, something that solidifies its position as not only a world-class vacation destination, but also a first-rate place to live.

In a recent interview, Las Vegas Aces President of Basketball Operations (and former NBA great) Bill Laimbeer had this to say about the importance of the move:

“Las Vegas has enthusiastically embraced us, and we’re incredibly excited for this opportunity…‘Las Vegas Aces’ is a nod to the excellence, confidence and competitive spirit of our new hometown.”