LeoVegas has made the headlines for two huge reasons already this April. First, LeoVegas announced that the horse racing section was being enhanced. Then, less than a week later, one of its players won a massive progressive jackpot.

LeoVegas is one of the most popular online casinos in Canada. They continue to add new and exciting games very regularly. But they also want to enhance their sportsbook offering. To the delight of many players, the horse racing section is superb now. The fact that yet another huge jackpot has been won at its mobile casino will only add to LeoVegas’ huge fan base in Canada. 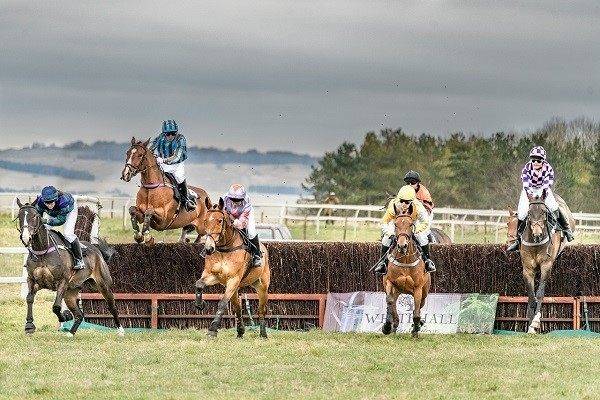 LeoVegas has made great strides with their sportsbook. They want to offer the complete gambling experience to their players in Canada. Earlier this year, they implemented the new client from Kambi. Kambi won Online Sports Betting Supplier of the year in February. They also improved their race data form through Timeform.

The whole section has been enhanced. LeoVegas now boasts smoother navigation to the next races. The race overview is much better, and each horse has more details. There are also more markets, more stats and an easier platform. It’s set to be a huge hit with horse racing fans in Canada. With the Grand National at Aintree, England fast approaching, this is perfect timing.

LeoVegas has also enhanced their sportsbook’s standing elsewhere in the world. They acquired World of Sportsbetting Ltd. The Maltese company gives LeoVegas a foothold in Germany with its licenses.

Despite this recent focus on the sportsbook, LeoVegas still provides elite-level casino gaming. Games newly added include Extra Chilli, Joker Strike, Lake’s Five and Fat Rabbit. Players in Canada have enjoyed all of these games.

LeoVegas is the self-proclaimed “King of Mobile Casino”. They certainly back that up. Along with their superb app, a jackpot winner backs it up. Earlier this April, a lucky spinner claimed the Hall of Gods jackpot. As a NetEnt casino, LeoVegas boasts NetEnt’s top progressive jackpots.

Now, one of their mobile players has won one. The unnamed 37-year-old won the €6.7 million ($10.4 million) Hall of Gods jackpot. If there was ever an incentive to play on all platforms of LeoVegas, this is it. LeoVegas is also a Microgaming casino. So, players in Canada can spin for the Mega Moolah and Mega Moolah Isis jackpot. The Mega Moolah jackpot currently stands at over $4.6 million.

Despite already being so popular in Canada, LeoVegas continues to improve its offering. It’s one of the many reasons why we rate them so highly.

Explore LeoVegas’ gigantic library of games with this massive and exclusive to Canada welcome bonus!