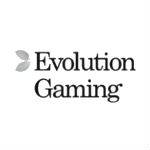 Evolution Gaming, one of the world’s most popular developers of live online casino games, has announced the release of Live Texas Hold’em Bonus Poker for omni-channel distribution and play.

The game is already a fan favorite in physical casinos, but this will be the first time it is made available online. It was developed for mobile and tablet play in conjunction with leading third party developer Games Marketing.

“Given the overwhelming popularity of the land-based version it’s anticipated the new game will be a hit. The game is already well-established in the RNG and land-based casino worlds, so being the first and only live provider to offer Texas Hold’em Bonus is exciting for us,” said Evolution’s Chief Product Officer Todd Haushalter.

To mark the launch, Evolution is pulling out all the stops to offer players huge value and opportunities to win big. Not the least of these is the game’s progressive jackpot, which will be seeded by Evolution to the tune of $50,000. To win, players just need to get dealt a Royal Flush.

No one knows how high the jackpot will get, but it guarantees that a lot of cash will be heading players’ way in the near future. In addition, there will be several optional side bets, some of which will pay out as much as 1000:1.

With so much bonus cash up for grabs, the game will undoubtedly be popular from day one.

“This is the first time we have ever launched a new game with a progressive jackpot on day one, so players will find a lot to like about the live version of Texas Hold’em Bonus,” Haushalter said.

Given the anticipated success of Hold’em Bonus, Evolution has already announced their intention to take other table games that enjoy a strong live following and port them over to the online realm.

For the time being, Haushalter mentioned games such as Three Card Poker, Caribbean Stud, and other forms of poker. However, that doesn’t foreclose the possibility that even more beloved casino games will get the online treatment in the near future.

“Different players like different games and we want to be sure that we can offer everything they could ever want to play and everything they might see in a land-based casino,” Haushalter said.