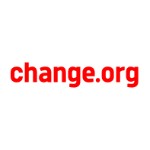 A petition is being circulated on change.org asking the United States’ Entertainment Software Rating Board (ESRB) to classify the practice as gambling. Since being launched a month ago, the petition has already garnered nearly 50,000 signatures.

The practice of lootboxing has gained popularity in recent years as a way for players in world gaming environments such as the popular “Shadow of War” title to add some more excitement to their gameplay.

However, critics believe that offering prizes in this way creates a black market that players will use to circumvent gambling legislation, which restricts the definition of “gambling” to games where money is exchanged. Under that interpretation, games offering non-monetary prizes by definition do not fall within the purview of gambling law — even if those prizes become a form of currency in and of themselves.

To support its argument, the petition makes the argument that a common sense definition of the practice of opening boxes with a randomized prize would be gambling.

“As per Google’s definition of a gamble: take risky action in the hope of a desired result. And Dictionary.com: to stake or risk money, or anything of value, on the outcome of something involving chance,” the petition says. “Lootboxes and crates in video games fit the description entirely, as everytime you open them, you gamble and take chances to win rare in-game content.”

Although the practice might seem innocuous, there have been instances of lootbox prizes resulting in players getting themselves cheated out of the value they thought they were getting.

It remains to be seen if any regulatory agency will go further than current law allows. However, in light of recent scandals involving the practice, the lesson is clear — never frequent a site that offers up gambling style games without being sure it is safe, secure, and honest.