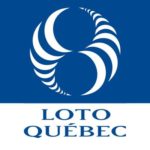 The report shows a tale of two different products, with a huge disparity in the amount of growth achieved by the provincial monopoly’s lotto and online casino gaming products.

The bad news came from Loto-Quebec’s lottery operations. There, revenues only increased by 1.7% to $1.8b. Making the flatline performance even more troubling is that it includes a 16.5% increase in profit from sports betting to $76.6m. This means that year-over-year lotto figures actually decreased by more than 10%.

The numbers looked much better on the online casino side. The Espacejeux website enjoyed nearly a 30% rise in revenue to $85.9m. That’s the type of growth expected from an online gambling sector that continues to enjoy increasing popularity across the nation and within the province.

The increasing popularity of online casino gaming in Canada generally is also shown by the near $157.6m revenue figure reported for the same period by PlayNow, the provincial counterpart to Loto-Quebec in British Columbia.

Loto-Quebec only managing to take in half of what its sister province does is not sitting well with Quebec’s legislators. In fact, the lackluster performance has become such a cause for concern that a plan to start forcing ISP’s within Quebec to block rival online gambling sites.

Such as scheme was recently approved in the form of “Bill 74.” Unsurprisingly, a lawsuit was immediately filed by the telecommunications industry against the controversial legislation, which is currently being litigated in the court system.

Unfortunately, Loto-Quebec’s decision to shut down its competition rather than offering up a better product in order to compete with it is not uncommon. Government operators around the world are finding that it’s easier to simply abuse their power in order to strengthen their monopoly.

Of course, this strategy rarely works. Instead of having the desired effect of forcing players to play where governments can collect the most tax, it simply drives them to unregulated sites willing to accept players accessing the site through a VPN.