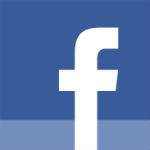 Mark Zuckerberg, the founder and current CEO of Facebook, has come out strongly in favor of the adoption of cryptocurrencies by the general population. He made the remarks via a post to his personal facebook account.

Specifically, the billionaire founder of the revolutionary social media site noted that the ability for crypto to be a decentralizing force in the technology sector could be used to syphon off power from governments and send it cascading back to the people at large.

Beginning from the premise that the great promise of technology is the ability to decentralize power, Zuckerberg stated that recent developments around the world seem not only to be challenging that notion but actually turning it on its head:

“A lot of us got into technology because we believe it can be a decentralizing force that puts more power in people’s hands,” he said. “Many people have lost faith in that promise… [and now] many people now believe technology only centralizes power rather than decentralizes it.”

However, that doesn’t mean social media’s top dog has given up all hope for the future. He still believes that crypto offers an interesting opportunity to decentralize power. And to prove it, he used the post to announce that he would be studying up on the issue in 2018 in order to see what possible collaborative avenues might be available:

“[I am] interested to go deeper and study the positive and negative aspects of these technologies, and how best to use them in our services,” he said.

The idea that Facebook itself would be getting into the crypto game has sent off wild speculation across every corner of the internet. Will Zuckerberg make crypto a payment option on Facebook? Somehow natively integrate Bitcoin into the Facebook platform? Create his own crypto currency?

Only time will tell. But if the recent adoption of crypto by the online casino community is any indication, it’s a fairly safe bet that it won’t be long before Bitcoin or some other form of crypto is a staple of Canadian online casino players’ Facebook feeds.