All heads were turned to the Rogers Place in Edmonton this weekend, where Max Holloway was set to face Frankie Edgar in a fight that should have happened a long time ago.

A couple of years (and injuries) later, the match finally took place at UFC 240, re-establishing Holloway as the featherweight champion and marking his successful return to the very top. 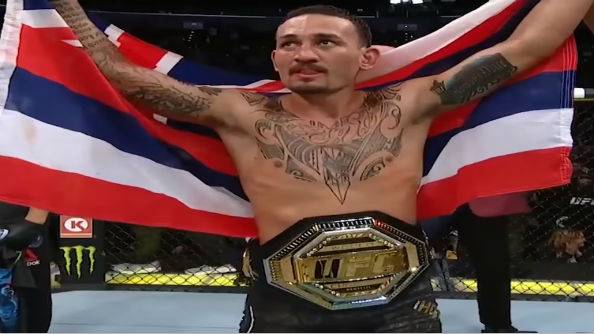 “The ‘Blessed’ Express Still on the Move

After a defeat at UFC 235, where Dustin Poirier thwarted Holloway’s plans of claiming the lightweight belt, the champ came back to the ring under a lot of pressure to “prove a point”, as he himself stated.  According to Holloway, not all were convinced that he was up to the challenge and Holloway’s mission was to last five rounds with Edgar.

The first round was, perhaps, the most challenging, with Edgar landing a decent right hand and a left leg kick, followed with an uppercut and some jabs for Holloway at the very end of the round. 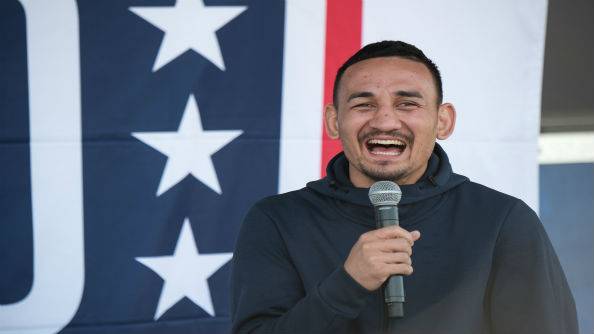 It seemed that the “Blessed” was feeling more confident with each next round, nearly ending the fight in the third round when he knocked out Edgar’s mouthpiece with a couple of merciless uppercuts.

Edgar managed to survive thanks to a late takedown, but the next two rounds did not bring him much relief; there was no escape from Holloway’s precise and persistent attacks, which led to a comprehensive unanimous decision (50-45, 49-46, 48-47) for the -400 (1.25) sports betting odds favourite left Frankie “Rocky” Edgar heartbroken.

Cyborg defeated Spencer, however, her rematch against Amanda Nunes is still pending as is her future with the UFC. The disagreements between Cyborg and the UFC President Dana White are nowhere near being resolved, and the two have been butting heads for some time now.

Cyborg stated that White has been bullying her around, deliberately tarnishing her reputation by stating she was afraid of a rematch. After confronting him about his statements, White allegedly responded that Cyborg should not be upset at everything he says to the media, hinting a possible marketing strategy.

At the moment, Cyborg’s stay at the UFC remains under a question mark, and she is still weighing her options.