The game was formally announced during annual gaming event iGB Live! 2018. In a press release published by Microgaming online shortly after, the company shed more light about the upcoming game. Microgaming confirmed that Stormcraft Studios is the team behind the title. Agent Jane Blonde Returns will be available exclusively at Microgaming operators.

It has been 13 years since Agent Jane Blonde onto the scene. Follow-up Agent Jane Blonde Returns should still strike a chord with fans who have been enjoying the slot since then. Microgaming has yet to make a trailer publicly available but confirmed that it would offer “neon, retro wave inspired graphics, stacked wilds and a respin feature.”1 The company also promised “thrilling action complete with stunning artwork.” Many would have already had high hopes for the game given Microgaming’s pedigree and the strength of the Jane Blonde brand. Stormcraft Studios’ mantra (the developer crafts “epic content,” says Microgaming) will solidify that interest further.

Agent Jane Blonde Returns is just the second game from Stormcraft Studios, which was introduced by Microgaming back in June. The first title debuted by the developer was Fortunium. This was a five-reel slot set in a steampunk metropolis. But Microgaming has high hopes for the independent developer. David Reynolds, a game publisher at Microgaming says that “following the huge success of Fortunium, we are so excited for Stormcraft Studios’ next release with Agent Jane Blonde Returns.” 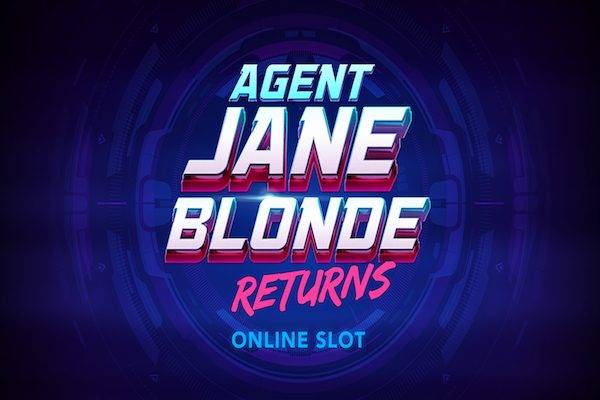 The success of the Agent Jane Blonde slot may also be boosted by the huge interest surrounding the James Bond movie franchise. There are clear lines to be drawn between the female-led superspy setting and Ian Fleming’s universe. The new Agent Blonde game stands to benefit from James Bond’s recent success at the box office. The most recent film, Spectre set box office records in several regions.

There has also been growing discussion that the next James Bond protagonist should be a female protagonist named Jane Bond. Mandip Gill is just one industry figure but many fans of the Fleming franchise agree. It means that many may well turn to the Agent Jane Blonde Returns slot as they look for a female face in the lead sleuth seat.
Microgaming has yet to announce a release date for Agent Jane Blonde Returns. The fact that Microgaming is already promoting the game heavily is a good sign for those hoping to play soon.