Three years after making a debut on the online gambling scene, Jungle Jim returns for another adventure, through a collaborative project of Microgaming and Stormcraft Studios.

The slot has already been showcased at the iGB Live! in Amsterdam this July while the official release is scheduled for November. 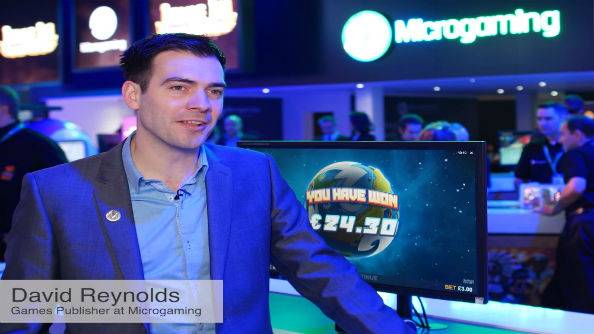 Little is still known about the sequel, except for the fact that Microgaming has entrusted the game with the company’s longtime associate, Stormcraft Studios – the same software developer that produced the steam-punk inspired Fortunium and reinvented Agent Jane Blond a decade after it was originally released.

Judging by the promotional efforts – the slot was exhibited on a specially designed, branded platform – Jungle Jim and the Lost Sphinx is expected to exceed the success of the 2016 edition, Jungle Jim El Dorado.

This time, the titular character will unravel the mysteries of Ancient Egypt across 5×5 rolling reel grid and 50 pay-lines. No other details have been disclosed and the fans of Microgaming’s slots are looking at 3 months of utmost suspense. The visitors of iGB Live! 2019 have had the privilege of getting a sneak peek in the form of a teaser, but the general public is still in the dark.

According to Microgaming’s Chief Commercial Officer, Jean-Luc Ferriere, the next installment of the saga “includes outstanding artwork” which has raised the quality standards of the visual storytelling in the field of gaming software design.

Who Is Jungle Jim?

Envisioned as the prototype of masculinity, Jungle Jim was a featuring character of the adventure-themed comic books printed from 1934 to 1954, as a response to the growing popularity of Tarzan. Unlike the Lord of the Jungle, Jim Bradley, aka Jungle Jim, was an Asian-based hunter who was frequently in conflict with pirates, slave-traders, and, at the start of the WWII, the Japanese.

Jungle Jim was brought to life by Johnny Weissmuller (best known for his role in Tarzan movies), a silver screen icon who played the character in a series of B-movies, from 1948 to 1955.

Stormcraft Studios is a relatively young South African gaming developer that attracted the attention of the gambling industry with their outstanding work for Microgaming. Although the company is relatively young (founded in 2016), the team shares a vast industry experience and a passion for innovation.

Dragon Shard and Break Away Deluxe are the studio’s most recent releases, the latter allowing the players to choose between 18, 38, 68, and 88 pay-lines.