16 years after the original Break da Bank high variance slot was released, Microgaming decided to honor one of its most iconic releases and launch the 2019 version.

Break da Bank Again Respin, created by Gameburger Studios, includes all the features that made the previous installments popular and introduces a paid strategic mechanics.

The intermissions between the three Break da Bank slots have been quite wide apart, and it took the developer 5 years to revisit the original edition launched in 2003 (and over a decade to pick up where they left off in 2008). The latest sequel retains the simple structure and visual simplicity of its predecessors, without disregarding the contemporary design principles.

Apart from the more polished interface and modernized graphics, Break da Bank offers another innovation – the Hyperspins mechanics, which allows the players to select one of the 5 reels for a re-spin. This feature is funded and can be activated at any point of the game. The cost of the respins changes on every spin, ranging from $0.01 to over $1,000 per reel.

According to Matt Carvajal, Creative Designer at Gameburger Studios, the idea was to retain the recognizable style of the original audiovisuals and enhance the dynamics though the Hyperspins mechanism. Buchanan also announced 9 Masks of Fire, which is now the second game that Gameburger Studios is developing for Microgaming. 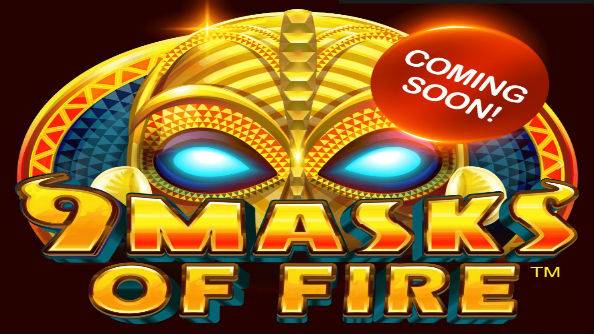 Although new on the market, the members of the Gameburger Studios team have over 2 decades of collective online gambling industry experience and are more than willing to push the boundaries of the conventional software design.

Microgaming has been outsourcing for some time now, and the practice started last year when the company took the first independent studio, Triple Edge, under its wing. The creative collaboration between the two has paved the way for other small studios, and Microgaming is currently working with 8 providers, including Pulse 8, All41, Switch Studios, Stormcraft Studios, Fortune Factory, Slingshot, and the latest addition to the family, Gameburger Studios.

The decision to shift the creative process outside the company walls has proved its strategic value almost instantly, and some of Microgaming’s top-performing games have been created inside the partnering studios.