The highly popular Book of Oz slot from Microgaming has gone through something of a reinvention with a brand new feature.

It’s one of the more popular slots which Microgaming has produced in recent years. Book of Oz is based on characters from the classic Hollywood film, Wizard of Oz. The online slot’s symbols include references to courage, heart, brains, and the titular character, Oz.

Book of Oz is created by Triple Edge Studios. It’s a 5×3 game with 10 fixed paylines and some very interesting ideas. Players were already hooked on the exciting “re-spin” feature which allowed users the opportunity to re-spin multiple reels for a changeable price. There was also a Free Spins mode which allowed for big wins. It proved a very popular game with players and now, it’s back but it’s had a few upgrades.

“Elevating the original with even more exciting and rewarding features, including Hyperspins™ Lock ‘N Spin and 2nd Chance feature within free spins.

There’s a lot for new players to enjoy about the new Lock ‘N Spin version. Book of Oz has had more than a new lick of paint with numerous new features. Lock ‘N Spin allows players to lock in between 1 and 4 reels before re-spinning, rather than just re-spinning a single wheel. This affords players far more control over the outcome and increases the chances of big wins. 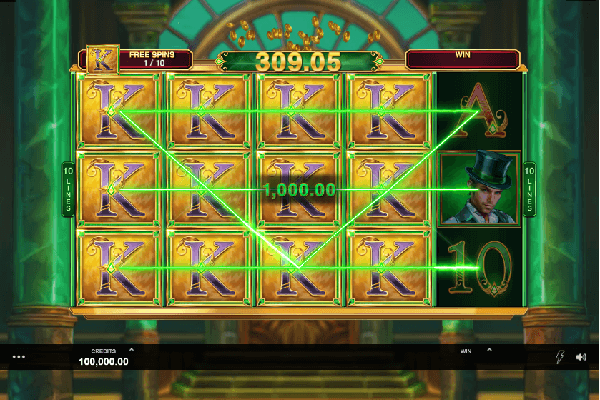 But that’s not all. There has been a change to the Free Spins feature. When previously triggering the mode, players were given a symbol which would multiply for their free spins. Now, players can gamble and re-roll to get another symbol in its place. This increases the chances of success and brings players closer to that coveted 5000x jackpot which everyone wants.

It promises to improve an already-impressive game.