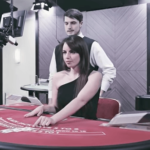 Online casino providers are used to sending huge sums of money players’ ways in an instant. What’s less common is for them to see their own profit make a huge spike in a very short amount of time.

But that’s exactly what happened for Evolution Gaming in the second quarter of this year.

Overall, there was a 56% year-over-year increase in Evolution Gaming’s revenue for the quarter, which rose to €42.3 million over the course of April, May, and June. That would already have been enough cause for celebration.

But adding to the excitement is the fact that the gains come on the heels of a huge upsurge in mobile gaming profits. Half of the total revenue was accounted for by mobile offerings, a first for the company.

Overall, profit nearly doubled in that same period as well to €14.6m.

However exciting it was to have mobile perform so well, it is not the only area that saw impressive and encouraging growth. Live casino offerings also exploded for the company, with betting increased nearly 100% year-over-year to €2.2 billion, up from €1.2 billion during the same period last year:

These numbers are only expected to grow, as the company recently opened a new live dealer studio in order to make its live offerings even better.

Martin Carlesund, Evolution’s CEO, was happy to talk about the great numbers and what it means going forward. Specifically, he stressed that the success does not mean Evolution will stop striving to improve. Instead, quite the opposite is the case.

The company plans to continue getting better at offering players the experiences they want. To that end, he envisions the coming year being one of expansion, where Evolution will strike out into new markets, games, and environments from where it has traditionally been focused.

Given the momentum it will be brining into these changes, it’s an exciting time for the online casino community as it waits to see what Evolution has in store for the future.