British Columbia has long had to deal with the issues of money laundering, as well as problems surrounding the scale of activity of criminal gangs. Money laundering is a problem that has dogged the province for sometime, and there were revelations this year when it was believed there were links between Great Canadian Gaming and Hong Kong money laundering gangs.

That’s not all though. It also seems that some Canadians have been caught up in this process in one way or another. Indeed, former Canadian ambassador John Peter Bell appears to have links to money laundering, not to mention potential involvement by Senator Campbell.

All of this led to calls for action, and the Prime Minister even got involved, setting up a task force to deal with the growing money laundering issues in the area. David Eby was appointed to deal with the issue, and he launched an investigation into the problems that continue to dog the area. Despite Eby focusing on trying to fix this problem, it seems that there are a lot of ways in which the situation has become worse. 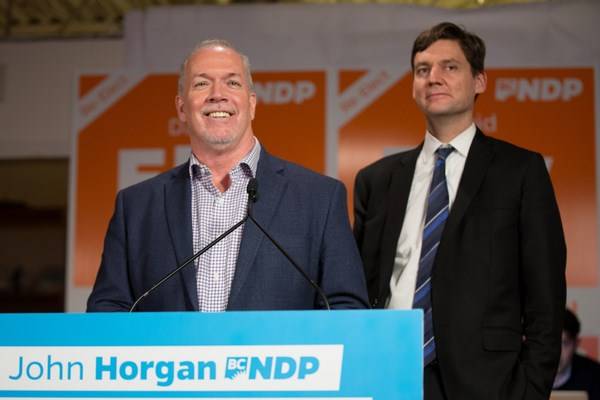 The probe was known as E-Pirate, and brought money laundering charges in a high-profile case. However, it appears that the probe has collapsed, and this is casting a lot of doubts on the government’s ability to tackle the problem. Perhaps one of the biggest problems surrounding this whole process has been the issue that the B.C. government perhaps underestimated just how bad the scale of money laundering was, and this is cause for concern.

Whatever the issue, the Crown appears to have discontinued the charges, a process known as ‘stayed.’ Eby expressed consternation and confusion at the decision, stating “I literally read the news that the prosecution had been stayed in the newspaper. I have no idea why this happened.” It is certainly a major setback for the prosecution, who will be given one year to attempt to get the charges reinstated.

The full-scale of the B.C. money laundering problem is not yet clear, but the arrest of a high roller who tried to launder $855 million back in the summer is just one such example. And, it seems that the problem is one that is unlikely to go away anytime soon. There appears to be many problems related when it comes to attempting to actually secure convictions and shutdown operations.

Indeed, The Wall Street Journal even published a piece earlier this year on the money laundering issues in Canada, citing privacy laws and weak regulations as contributing to the problem. Until these issues are actually dealt with, it seems unlikely that we are going to see an end to money laundering. Sure, activity may be on the quiet side for a while, but it is a spectre that will always be there.