For the uninitiated, this is a system which links together a number of slots to offer life-changing sums of money. In turn, this creates a lucky winner of the big jackpot that comes along once in a while. So for Mr Hunyh, it was a question of being in the right place at the right time.

He has also made gambling history in Canada. Never before had anyone carried off such a huge sum in one spin of the reels. In fact, up until then, the record-breaking win for Canada had been $1.7 million. One lucky gambler won it playing a Powerbucks machine also at Casino de Montreal, in April 2016.

This was also a progressive machine which combines stakes from many others across the country. What’s more, the machines that are linked by it are land-based and online. So even players on their laptops, mobiles and tablets in Canada get the chance to share in big winnings.

The math behind a big win 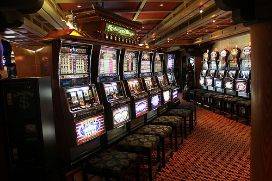 To understand the math behind how such large sums can be won we need to look at how slots work. Every single one comes with what’s usually called a Return To Player percentage (RTP). This can range from about 85% up to 94% percent and tells you what percentage of the cash the machines take that will be paid back in the form of prizes. So on a machine with an RTP of 92%, for every $100 paid in as stakes, players receive $92 back. This doesn’t mean that any individual playing with $100 will be guaranteed to get $92 of it back, as the figure represents an average over time.

Then you need to look at the cash being wagered across what can be a network of hundreds of machines. If these are like the Powerlink that earned the lucky gambler $1.7 million, it could even be cash from online players all over the world.

That’s why lucky players can get their hands on such life-changing sums. While $1.8 million might seem like a massive amount, it’s nowhere near the record for a land-based casino slots win. In August 2016, a Hawaiian woman scooped a $10,777,270 fortune at the Wynn Las Vegas.

Records are there to be broken

But this is nothing compared with the biggest slots win of all time. In March 2003 a software engineer from Los Angeles set a world record that may stand for years. Betting with just $100, he went home with $39,710,826.36.
Even online slots have exceeded Mr Hunyh’s win by a huge margin. According to the Guinness World Records, the biggest ever recorded online prize was $ 27,341,769. This was won by Jon Heywood, playing on a Mega Moolah game at Betway. This popular progressive game is widely available in Canada for anyone who wants to try their luck.

As news spreads of Mr Hunyh’s big win, more people could be encouraged to give slots a go. The nature of progressive machines means that a new record could even be on the way.

We’re here to bring you the latest and greatest casino-related news, but we can also show you where the biggest and best progressive jackpots online can be found.

Head to our progressive slots section to find the biggest and best available in Canada, including world-record holder Mega Moolah and Gladiator.