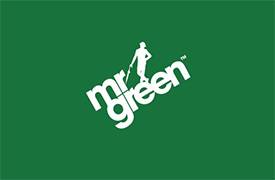 Mr Green, a Sweden-based online casino operator, is a well known and highly respected name among the fans of online gambling, offering an extensive portfolio of games with frequent special offers and lucrative bonuses.

The company gives its best to make its presence feel on the market, and it seems their efforts are giving results.

Mr Green has recently announced their business results for the first three months of the year, revealing that the operator achieved year-on-year growth.

Mr Green also made public that in the same time earning per share dropped by nearly 23%.

The Purchase of Dansk Underholdning

Still, the main news for Mr Green this year was the purchase of Dansk Underholdning, an online gambling company from neighbouring Denmark.

Little is known about the deal, except it was nearly $13.5 million. For some, the deal came as a bit of a surprise, since Mr Green already had plans to introduce its own brand in Denmark. The move should prove lucrative soon enough, with the full influence on the company’s operations visible at the end of the year.

Per Norman, Chief executive of Mr Green said the expansion in Denmark was a logical move, since a part of the company’s strategy was to expand their operations in locally regulated markets.

The new platform in Denmark is scheduled to arrive later this year.

Mr Green was founded in 2007 and launched in 2008, and today is one of the leading names in the business, offering around 700 games from some of the world’s best developers. The company has received numerous awards confirming the quality of its services, while the prestigious title of the Best Mobile Casino in the World was awarded last year.