Undoubtedly, the event which is going to dominate the summer is the World Cup. Canada may not be attending, but that doesn’t mean that we’re not still excited. It’s not just sports fans getting excited about the biggest sports tournament in the world either. NetEnt has announced its latest innovation that ties in with the World Cup.

NetEnt has created Live Sports Roulette. The invention will enable players of live roulette to keep up with the World Cup. Players and operators will be kept in the heart of the action with this new offering. 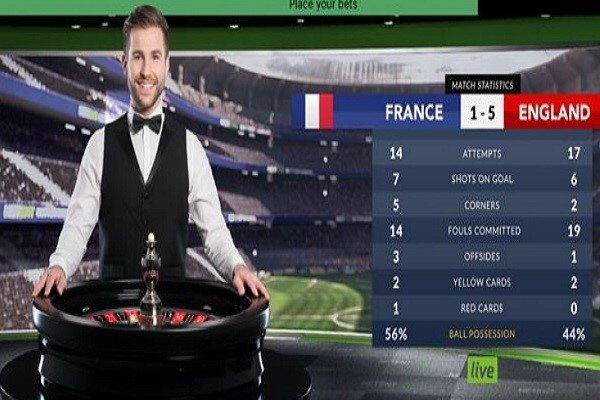 As we get closer to the World Cup, more and more people are getting excited. It’s spread across the world of gaming. Even video game developers THQ have said that they’re not attending one of the year’s biggest events. Instead of E3, THQ will be drinking beer and watching the World Cup.

It’s certainly started to show through online casino gaming. World Cup games are starting to pop up in the popular games section. More World Cup-themed games are being released. Now, NetEnt is keeping us all up to date throughout the tournament.

The new Live Sports Roulette will immerse players in the World Cup while enjoying live roulette. The in-game widget allows players to keep up with real-time, live scores, stats, and tables. As well as this, dealers will also comment on the games and chat with players.

Additionally, NetEnt has announced the release of the World Cup Free Round Widget. This widget is for slot games, and also provides slot players with live updates on scores and stats within World Cup games.

NetEnt is having a whale of a time in the live casino. In April, Mr Green reported that Live Beyond Live had been a huge hit. Created by NetEnt and hosted by Mr Green, the unique live casino offering remains very popular in Canada.

The World Cup will be the focus of the summer. But NetEnt has another huge release coming out in June. On June 21, NetEnt releases the Jumanji slot game. Based on the original 1995 movie, Jumanji boasts very modern gameplay. This should make it appealing to fans of the new movie too.

NetEnt live casino games are already very popular. They’re a huge reason why NetEnt casinos in Canada are so highly rated. But, keeping players involved with the World Cup with such ease will enhance their standing.

Get your Fair Spins bonus at NetEnt casino BGO while the offer lasts!