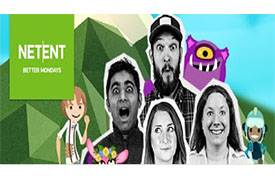 The Swedish provider of online gaming solutions NetEnt was the star of this year’s EGR B2B Awards.

The company had a very busy period in last twelve months and the latest awards are a reward for dedication and commitment of all employees.

The latest market where NetEnt content will be available to players is Serbia. The news of the successful completion of technical integration through Mozzart, a leading operator in this Balkan country, were officially announced last week.

NetEnt has also launched a unique campaign called the Challenge, which represents the biggest team-building project in the entire gaming industry.

Bearing this in mind, the latest news came as no surprise. Here is the list of the awards NetEnt won at this year’s EGR B2B event which took place last week in London:

Mobile Supplier of the Year

RNG casino supplier of the year

The company was also praised as a leader when it comes to technological innovation in the industry.

In total, NetEnt was nominated in 10 different categories, which is an impressive achievement.

Per Eriksson, Chief Executive Officer of NetEnt, said it was satisfying to be recognized by the industry and peers. He stated the company was especially delighted since the awards represented the core area of NetEnt’s business.

Founded more than two decades ago, NetEnt is today one of the biggest and most important names in the industry. The company employs more than 700 people in their offices in Sweden, Malta, Ukraine, Gibraltar, the United States and Poland, offering 200 premium titles to over 100 of the world’s most prominent online casinos.