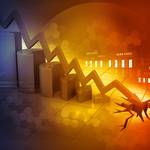 Although Canadian online casino players have been flocking to Bitcoin due to its convenience as a cashier option, there is also a concern about the very volatile nature of the value of crypto currencies:

Prices can fluctuate wildly from week to week, adding additional variance due to withdrawing when Bitcoin’s value has increased or decreased. Which is why a new tool for speculating in Bitcoin is being watched with a cautious eye by casino industry insiders.

The new tool is being launched by Level Trading Field company. Called “Bitcoin Market Predictor,” it promises to allow casual investors to participate in a pari-mutual system allowing 10 people to “predict” the rise and fall of Bitcoin prices. The person able to make the most accurate prediction within the given timeframe is declared the “winner” and able to collect on the bet.

The current cost to “play” is a modest $50. However, it’s not hard to envision a future where these “games” could be offered for increasingly large sums of money.

The main concern for online casino players is that increasing the amount of speculation going on for a currency is problematic. At present, the main hurdle to crypto currencies being a viable cashier option is not so much the addition aspect — operators are increasingly adding the option, and players can choose to use it if they wish too — but the stability of its value.

Bitcoin has been on a surge in recent months, but how long that surge can last — and what a potential depreciation might look like — is unclear. The currency has already known several peaks and valleys in its history, and the increasing number of people involved should only exacerbate these tendencies.

But the higher the perceived risk of a crash becomes, the less and less likely it is the players will want to take advantage of what has become a very convenient option for both player and casino alike.

The online casino industry will therefore be watching the increase in the number of speculation schemes like this one very closely.

Back to Cryptocurrency casinos page