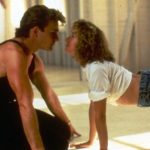 It’s not very often that we are happy to see things from the 80’s brought back to life, but the new “Dirty Dancing” slot from Playtech is definitely one of the exceptions to the rule.

The iconic and beloved movie is being brought to the silver reels to celebrate the 30th anniversary of its release. And while this continues the recent trend of turning famous titles into online slots, what makes this adaptation different is that the underlying film doesn’t come with the prepackaged visual effects that characterize most games today.

The game is full of classic scenes and is set to the uplifting sounds of ballroom dancing, giving players the full effect of the daring and excitement that endeared it to moviegoers:

Of course, there is also some serious online casino action as well. The game symbols contain classic Dirty Dancing iconography such as Baby and Johnny, dancing shoes, sports cars, and more. Two jackpot games are available, and additional bonus cash can be won for landing six wilds in a spin, as well as making good use of expanding wilds.

Partnership between Playtech and Lionsgate

The game came together thanks to a partnership between two titans of their respective industries, Playtech and Lionsgate. For Playtech, it was happy to work with yet another iconic film brand:

“Dirty Dancing is such an iconic brand that it was an obvious choice for us to transform into a leading branded slot. The game is sure to be an instant hit with our licensees’ players both old and new,” said James Frendo, Casino Director of Playtech.

As for Lionsgate, Playtech is known for creating stunning slots titles that bring beloved movies to life, making it an easy choice to entrust one of its premier properties to:

“Thirty years after its arrival, the original ‘nobody puts Baby in a corner’ Dirty Dancing remains a deeply memorable classic that helped define a generation of cinema. We’re proud to work with great partners like Playtech to leverage our unique properties to connect with fans around the world,” said Peter Levin, President of Interactive Ventures and Games at Lionsgate.