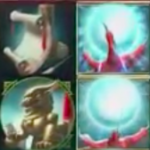 One of the most believed themes for online slots is the mystical, and the new Dragon Orb slot from Slotastic does an excellent job of capturing all the things that Canadian online slots players love about the genre:

Dragon Orb immerses players in a world of dragons, where danger — and opportunity — are lurking behind every corner.

The game is beautifully rendered, with vibrant colors that are perfectly complemented by a soaring soundtrack. The title also carries an Asian theme to it, making good use of the Chinese dragon iconography that players are already used to bringing them into worlds of adventure.

Game symbols include beautifully rendered ancient Chinese temples, statuesque and stately gargoyle dragons, and of course, the magical glowing orb that gleans in the talons of a living and majestic red dragon.

Adding to the excitement of the gameplay is the fact that Dragon Orb is a progressive jackpot offering up huge sums of money. The jackpot is seeded at $1,000 to start, but then will continue to climb as high as necessary until someone claims the top prize.

In addition to the huge progressive payout potential, Dragon Orb is also capable of serving up some consistent wins to players as well. The game board is played in both directions, giving players tons of opportunities to win prizes. In addition, there are a number of bonus and re-spin features as well which will keep players in action on the tail of adventure for a very long time.

We’ve grown accustomed to seeing huge new Asian themed titles released from a number of different online developers in the last few months. However, Dragon Orb manages to really go big on the essence of these games with its huge action and core focus on the mythical dragon.

It’s great to see that players’ imaginations continue to be captured by these amazing creatures, and that developers continue to live up to expectations.