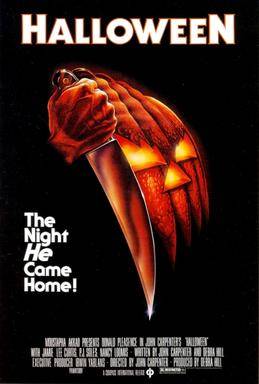 Online casino players who are fans of the hugely successful 1978 slasher film “Halloween” will be in for some thrills sometime this fall.

Leading software developer Microgaming has announced an agreement with Compass International Pictures to produce a slot machine based on the movie for release alter sometime later this year.

Although the game is still being developed, some details have already been confirmed. For starters, all of the well-known characters such as Michale Myers and Laurie Strode from the film will be making an appearance. In addition, it has been confirmed that the classic score will be returning to bring a special fright to players as well:

“Halloween is a true classic and set the standard for modern horror films. It was immeasurably influential in the slasher genre of movies, so it is great to be working with such an iconic and respected brand,” said David Reynolds, Games Publisher at Microgaming. “Embracing all the elements of what made the movie such a success, our games team are busy developing a slot for release later in the year.”

The decision to bring Halloween to the hallowed reels of online casino gaming shouldn’t come as a big surprise. Given the incredible graphics and sound effects modern slots are capable of, recent years have seen many films successfully make the jump over with stunning gameplay.

For that reason, it’s often the case that the movie being turned into a slot can benefit just as much as the slot will benefit from having a movie theme:

“We are excited to team up with Creative Licensing and Microgaming to bring Michael Myers and Halloween home to all of our loyal fans in the best possible ways through top licensees who create products we feel honour the character, film, and franchise,” said Ryan Freimann, SVP of Compass.

Canadian slot players will definitely want to keep an eye out for this new and exciting game later this year.