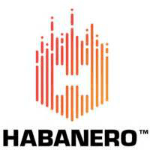 Habanero, one of the world’s leading developers of online slots titles including Panda Panda and The Dead Escape, has released its new Rolling Roger slot. The game comes with a bit of a lighter touch compared to many of the other offerings in its library.

Rolling Roger gets away from the graphically stunning and highly branded themes players have grown accustomed to. Instead, it offers up a fun, lighthearted romp through natural landscapes with a lovable hedgehog and his cohort of friends.

“With top quality graphics and whimsical sounds that pack a punch, Rolling Roger is one of our best to date,” said Toni Karapetrov, Head of Corporate Communications at Habanero.

A Game of Friends

Players can follow along with this merry band — which includes woodland creatures such as frogs, snails, and bumblebees — as they go in search of huge sums of cash. When one of them appears, prizes are awarded instantly, without any combinations required.

In addition, if one of this merry band should find themselves on a high payout symbol, players will be rewarded with an acorn. Collect 40 of them and three scatter symbols and there is a free game that will bring even bigger rewards.

“We know this top-of-the-range HTML5 development, as well as the storyline of Roger and his woodland friends, will leave players fully engaged in the hunt for acorns” Karapetrov said.

The release of the game comes at a time when Habanero is actively positioning itself to gain more and more of the worldwide online casino market.

The company currently boasts nearly 100 different video slots. With it’s solid, but not overwhelming, graphics and themes Rolling Roger is a good example of its strategy to cast a wide, diverse net that will offer something for all players.