As of this July 2019, Toronto will ban money gambling during the low-stakes bingo events, in an attempt to promote healthier gambling habits.

The new policies are not welcomed by Toronto seniors, who are livid at the perspective of being deprived of the game’s full potential. 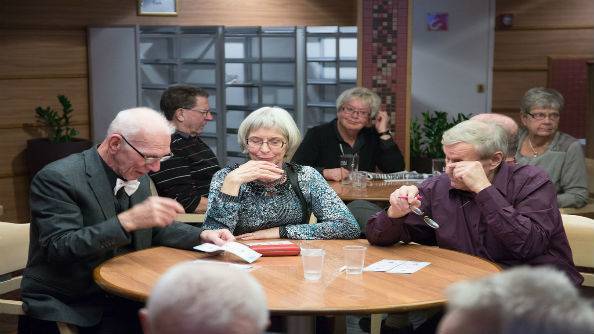 The nature of bingo nights is about to suffer a radical transformation and the upcoming change, which was announced by the Toronto’s PRF (Parks, Forestry, and Recreation Division), is to take place on July 2, officially squeezing all the entertainment value from the game – at least as far as the bingo players are concerned.

PFR has issued an urgent notice, putting a stop to profit-making bingo games and enforcing gambling regulations on the locals. The drop-in programs will have to stop charging entry fees effective immediately, which has disappointed a lot of seniors who rely on the programs to “keep them going”.

Without the monetary incentive, many believe that the drop-in programs will gradually die out. According to Bill Haskins, a resident of Scarborough-Agincourt in Toronto and a euchre club manager, the ban will deny the senior citizens of the only social activity they are able to maintain. After 14 years of taking active participation on the local bingo and euchre scene, Haskins finds the new trend difficult to grasp.

“Can you imagine yelling ‘Bingo’ and getting nothing?” says Haskins.

What Initiated the New Restrictions?

Although the money will be taken out of the equation, the drop-in programs and clubs will continue to run. The only thing missing is the motivation.

The lack of incentive has already affected the volume of traffic across bingo rooms, and Leacock has recorded a significant drop in the number of visits. The Alcohol and Gaming Commission in Ontario, however, seems relentless, underlining the dangerous effects of commercial gambling on vulnerable groups – seniors being one of them.

On the other hand, the majority is against the ban, referring to the new regulation as downright ridiculous, and even an insult to the senior citizens. At this point, there is a genuine concern that the new provincial regulation will spur illegal gambling or drive the seniors to actual casinos, rather than stunt the unwanted behavior.