As has been well documented over the course of this year, money laundering has become a big problem for casinos right across British Columbia. In fact, the after-effects of three years of money laundering scandals have had an adverse effect on the industry in some parts of the province. This has led to new approaches, and fresh measures that have seen a fall in casino revenue across the province, according to many.

It is clear that many of the casinos across British Columbia have had to deal with pervasive criminal activity for a while. The problem became so bad that the government made a decision to launch an investigation. The B.C. money laundering probe threw up more red flags and showed there was a need for better action to be taken to crackdown on gambling problems.

In fact, we have seen developments in this sense, that have shown the ways in which B.C. is looking to crackdown on money laundering, as well as other issues in the future. One of the biggest developments is a new anonymous tip website that has been set up to allow people to report suspicious activity. This is really important in the grand scheme of things, and is going to help the authorities get a lot more assistance when it comes to combating casino crime. 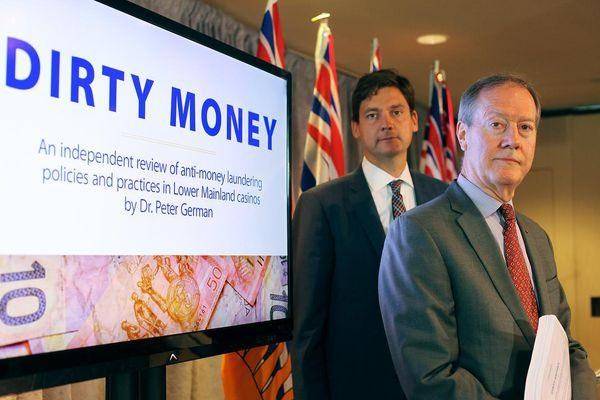 This seems like a pretty positive way of approaching things, but, it seems that not everyone shares Eby’s enthusiasm for the developments. In fact, there have been several rule changes across the province that have met with lukewarm receptions, to say the least! The British Columbia Lottery Corporation brought in a new set a rules at the start of 2018 that meant all gamblers at B.C. casinos had to disclose the source of any cash transactions of more than $10,000.

There were evidently worries and concerns that this might put punters off, or lead to negative press. A good example of this is the recent drama between B.C. casino Park Vancouver, and Canadian rapper Drake, who accused them of racial profiling after they blocked him from gambling. David Eby backed the casino, stating that it was new money laundering rules that had led to the rap star’s gambling ban.

It is problems like this that many of the establishments are fearing as a result of these new rules. This new phase in British Columbia’s gambling crackdown initiative is one that is necessary, but could be detrimental for a lot of establishments. This is something that is being implemented in order to help combat a very real problem across the province. There might be better ways of achieving this, but for now, this seems to be the right approach.