NextGen Gaming, now a part of SG Digital, has two new games out. Both embody the theme that will rule much of the summer. The globe is going World Cup crazy. Even though Canada isn’t in the tournament, Canadians are still getting hyped for it. Now, players in Canada can indulge in some World Cup action through two new themed games.

On May 2, Foxin’ Wins Football Fever hit the virtual shelves. Then, on May 9, Top Strike Championship also landed at online casinos. Now anyone can get caught up in the revelry of the World Cup with these games. 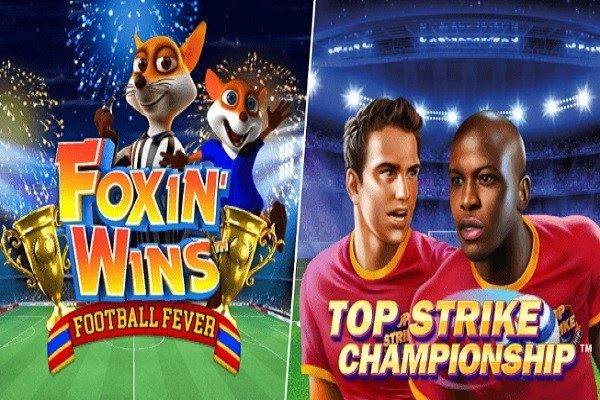 Top Strike Championship takes place on the pitch before a packed stadium. The player follows three players from the same team on their journey to victory. This NextGen Gaming creation features 20 paylines, five reels and three rows.

This slot has an exciting feature to keep the blood pumping. The free games feature awards up to 20 free spins. The free games are played in a new arena where the treble bet bonus can be triggered. SG Digital chief creative officer Tom Wood says it’s getting fans ready for the World Cup. The game brings a special gaming experience which embodies the world’s favourite sport.

World Cup fans all over Canada are already spinning this new slot. Top Strike Championship has garnered quite the audience at Canada-favourite Casumo.

Foxin’ Wins returns for NextGen Gaming. Previous instalments include the popular A Very Foxin’ Christmas. But, this time, the adorable foxes are back for the World Cup.

On 25 paylines, five reels and three rows, the foxes are in it to win it. It is filled with ways to get Foxin’ Wins. Fox Funds rewards the player an instant win. Catch the leprechaun to win a big bonus. The free games feature rewards like doubled winnings. Then there’s also the very popular Super Bet.

Super Bet is the major draw for the players of Canada. It allows players to control additional wilds. This, of course, can lead to greater potential wins. Increasing the Super Bet will get added wilds on as many as all five reels.

Foxin’ Wins Football Fever includes cute characters and massive features. So, it should come as no surprise to hear that it’s a smash-hit at online casinos in Canada. Guts has seen many sportsbook bettors in Canada play the new Foxin’ Wins slot.

The World Cup kicks off on June 14. As it draws closer, these two NextGen Gaming creations will certainly see more gamers in Canada spin for the win.