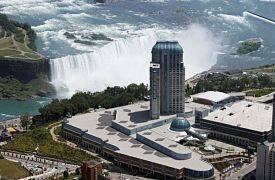 The Mayor of Niagara, Ontario, placed the city dominated by the Niagara Falls in the center of a controversy, when he asked the provincial government to cancel the plans on selecting new casino operators in the region.

His initiative was supported by Regional Chairman, who also believes the regional authorities should reevaluate their plans.

Mayor Diodati and Chairman Caslin have sent a letter to Toronto, the provincial capital of Ontario, asking the government to stop the current process of selecting new providers for two casinos based in this region – Casino Niagara and Fallsview Casino.

Their biggest concern are the effects the selection would have on local economy, since the process could result in loss of 1,400 jobs. Diodati and Caslin are suggesting a pre-qualification program that could save jobs and increase the provincial revenue.

The letter sent to the provincial Ministry of Finance emphasizes the importance of acknowledging the objectives of local communities. This is not a new approach, since such a plan was proposed in 1996, when Casino Niagara opened, but was never put into effect.

Job creation, economic development, sustainable income from tourism and overall maximizing of the revenue are some of the objectives that should be incorporated in any future plans. That’s why Diodati and Caslin are calling the government to start the entire process over, with new objectives on the top of the list.

New Problems on the Horizon

According to current plan, a new service provider will replace the Falls Management Group in 2019. This move could have much stronger impact on the region, since it could lead to closure of one of two casinos operating in the area.

Since entertainment and hospitality are responsible for bringing vast amount of money into the region, many fear the domino effect could have disastrous impact on local community.

The government has yet to respond on this issue.