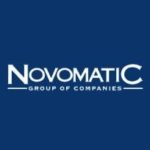 Novomatic, one of the world’s largest and most diverse suppliers of omni-channel online casino gaming products and services, has announced the finalization of its purchase of leading slot machine manufacturer Ainsworth Game Technology (AGT).

The approval for the purchase is several years in the making, and only came about after intense scrutiny saw the deal get the go ahead in no fewer than three different jurisdictions. Most notably, the company received approval from the Nevada Gaming Control Board — widely considered to be one of the toughest regulators of any jurisdiction in the world.

Previous to the deal, AGT had already carved out a solid reputation for itself as a leading developer of land-based casino slot machines.

Now that it has been purchased by Novomatic, there’s little doubt that expertise will be put to use developing exciting new titles for online slots and progressives players as well.

“We have a new, international, industry leading majority partner in Novomatic. [This] partnership strengthens Ainsworth Game, providing us with the resources and support to leverage our highly regarded gaming technology and expertise to more effectively compete in the world’s gaming markets,” said AGT Chairman Graeme Campbell in a statement.

US Market Key To Deal

On Novomatic’s end, the ability to partner up with a company that has built its reputation based on superior gaming technology was a no brainer.

And while Novomatic will undoubtedly make good use of AGT’s land-based casino gaming technology, there will also no doubt be crossover into the online realm. But more importantly, it’s the visibility that AGT enjoys in the US market that warranted particular mention from Novmatic executives.

With the US online casino market slowly opening up state by state, it’s easy to see how the decision to purchase a company with such a strong reputation there would be the beginning of a long-term play for market share.