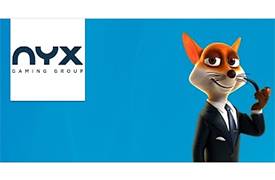 NYX Gaming Group is off to a flying start in 2017, while the recently revealed results show the Las Vegas-based company can be pretty pleased with the current profits.

This news comes only a week after the company announced the cash out option at Pari Mutuel Urbain (PMU), and a nearly a fortnight after the current contract with Sky Bet was extended.

In the first three months of this year, NYX achieved a year-on-year profit increase of staggering 199.8%!

If we should translate that into hard currency, the US gaming company earned CA$58.9 million in the first quarter of 2017. During the same period of the last year, NYX grabbed CA$16.8 million.

Furthermore, adjusted earnings before interest, taxes, depreciation and amortization went up by 250%, from last year’s CA$4.7 million to CA$16.8 million.

NYX Chief Executive, Matt Davey, stated the company was delighted to report such a growth, emphasizing the significance of the new operating model.

He added NYX remained focused on profitable growth through the company’s product-led strategy, with targeted research and development investment in sportsbook betting, gaming and other content technologies.

The Factors of Growth

Above all, the acquisition of OpenBet and Betdigital in May last year have been essential for the latest results, but one mustn’t overlook the increase in revenues when it comes to existing clients’ base.

The migration of Authentic Roulette from NYX’s Open Gaming System also made a significant impact on the quarter results, while the full influence of some of these moves are yet to be seen.

We can expect to have the full financial overview of these moves in months to come.

Founded in 1999, NYX Gaming Group offers a wide variety of products and solutions to a number of world’s leading lottery, casino and gaming operators.

With more than 200 names on their client list, NYX strives to implement the highest standards in the industry, while its numerous awards confirm the company’s reputation and market positions.