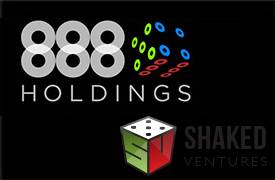 The reports that O Shaked family has decided to sell their full stake in 888 Holdings have generated an uproar on the London Stock Exchange.

The O Shaked Share Trust began the sale-off of even 46 million shares several days ago, which is actually an equity of 12.9%. The target price of $3.20 was set by the trust that represents the family members of late Aharon Shaked, who was one of the founders of the famous 888 Casino.

According to reports, the trust earned around $147 million and this is the second sale of their shares from the beginning of 2017. The first one happened in June and earned more than $130 million gross for selling 40 million shares.

The most recent action, however, gravely impacted the 888’s share value, which suffered a decline by 6% and now equals $3.19.

Notwithstanding the infamous sale, the family of Aharon Shaked’s brother Avi is still the largest shareholder in 888 Holding with 24% equity. Shay and Ron, the Ben-Yitzhak brothers, on the other hand, have sold a substantial allotment of their shares in 2016, thus lowering the family stake to 3%.

Not a Year to Remember for 888 Holdings

This was a tumultuous year for 888 Holdings, which, in addition, had to pay a $10.2 million fine for some severe faults in client protection.

A comprehensive investigation by the UK Gambling Commission unveiled a serious technical deficiency in 888’s system, which had caused even more than 7,000 members who had decided on self-exclusion, to gain access to their accounts.

The company was requested to pay a $5.5 million settlement, whereas $4.7 million was provided as a compensation to the self-excluded consumers.

Despite a corporate deficit of even $17 million during the first part of this year and unprecedented charges of $50.8 million in the same period, the company succeeded in recording a 9% year-on-year rise in its profit.