Casino development projects seem to be all the rage across Canada this year, and there is a talk of potentially another one. The Canadian gambling industry appears to be eyeing Ontario Place, on the Toronto waterfront, as the perfect location for a new development complex. This is something that has been talked about for a long while, and the Mayor of Toronto, John Tory seems to be vehemently opposed to the idea.

Indeed, in 2013, Tory led a city council vote that strongly opposed any such development from taking place. However, it seems that Doug Ford, Premier of Ontario, is a huge advocate of the potential project. Indeed, he has been speaking about the possibility of a redevelopment for years, and it seems that he may have found the perfect location.

The Toronto waterfront has long been a location for entertainment complexes, and for years Ontario Place, a popular theme park, stood by the water’s edge. However, the theme park has been shut for several years, and this is a plan to attempt to rejuvenate the area as much as possible. Finance minister Vic Fedeli refused to commit either way, but seemed to look favourably on the project, stating, “… There has been a spike of interest in it, and so you have to have these sorts of discussions.” 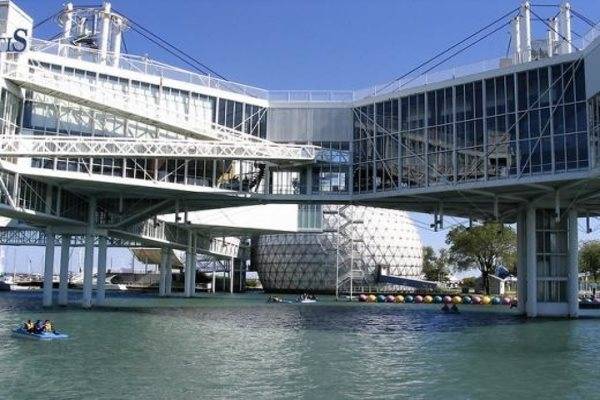 There has been no official announcement or planned works as of yet, but it seems like this is going to be something that will gain traction. Provincial gambling has taken off in a big way across Canada over the past few years. British Columbia seems to be leading the way in provincial gambling across the country, with plenty of new projects advancing across the province in 2018. However, Ontario is beginning to put itself on the map in this regard, with no less than 2 major development projects planned aside from this one.

First, we heard news of a new Gateway Casinos C$57 million casino revamp project, scheduled to take place in Edmonton, with the opening to occur later this month. This was followed by the news of a controversial Kingsway Entertainment project slated to take place in Sudbury. And now we have the latest developments with this new potential waterfront project.

Some, including Tory, believe that the waterfront is no place for a casino development and that the land should be left as it is. Another pressing concern is for the exiting Woodbine Racetrack and Casino, which is big business in Toronto right now. And there are worries that this could well take away business from Woodbine.

However, on the plus side, the project development could well do a lot more to bring in money for the area and the province. Toronto is definitely a place that would thrive with additional tourism and extra income. So it is important for the province to seriously consider this as a viable option, and have a dialogue about the positives and negatives of Toronto waterfront playing host to a new casino development project.