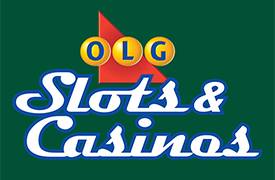 Recently revealed documents by Ontario Lottery and Gaming Corporation (OLG) show the publicly-owned casinos in this province are in serious problems.

The situation is devastating since casinos have lost millions of dollars of unpaid loans which have been given to 65 gamblers since 2010. And the practice still continues.

During the last seven years, four casinos run by private operators for the OLG, offered their players the house credit program, allowing certain players to have house credit.

Casino Rama, Caesars Windsor, Fallsview Casino and Casino Niagara were all a part of this program which allowed around $37 million in credit over the period of seven years. This practice is not so popular outside of Ontario, and it seems the operators from other provinces were right when they opted to stay out of this program.

The OLG says the program carefully chooses who will receive the credit, while the data show that 34.5% of players were denied last year.

Problem Gambling Institute of Ontario social worker Lisa Point claims this practice can be destructive for problem gamblers. She said that if those debts didn’t get addressed, it could keep people in a gambling cycle: chasing their losses and chasing to cover the new ones.

On the other hand, OLG doesn’t have any information that any of the debts were made by problem gamblers.

OLG said all lawful options to collect the debt had been exhausted, including the services of collection agencies. The situation is dire since the government-owned crown corporation now considers this $10 million as an uncollectable debt. Someone will definitely have to pay for it.