After a thorough investigation that lasted over a year, the York Regional Police arrested 9 members of an infamous crime organization suspected of money laundering.

The family, ran by Angelo Figliomeni (56), laundered over $70M through a number of casinos in the Toronto area over course of 5 years.

Along with the senior Figliomeni crime family members, 12 more individuals that held close ties with Ndrangheta Mafia (an organization deeply rooted in Toronto) have been arrested by the Calabrian police.

Apart from losing their highest-ranked members, the Figliomeni organization also suffered a considerable blow after the officers confiscated the family’s assets, worth around $35M. The suspects are currently facing severe charges of money laundering, participating in organized crime, and defrauding the government.

So far, taking down the Figliomeni family has been the largest police operation in Canada, and a number of experts are convinced that the fall of this criminal group was caused by their choice of money-laundering channel.

With 24/7 police surveillance in Ontario casinos, a model that is likely to be adopted in British Columbia as well, misusing gambling venues in this part of the country was definitely a bad idea. The gambling sector was not, however, prevalent in Figliomeni operations, and the money was also laundered through various business ventures – financial institutions, charities, car dealerships, etc. 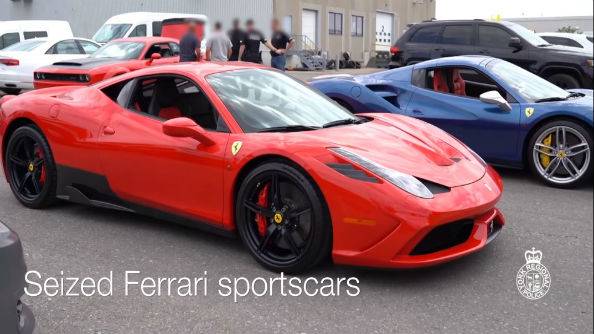 According to the investigators, a massive amount of information was collected due to the fact that the casinos are tracking and storing the activity data. Armed with a recorded trail of cash transactions and wiretaps, the police were able to build a strong case and clamp down on the Figliomeni family.

The family members were spotted going in and out of the casinos, gambling away $30,000 – $50,000 a night. Special Operations Bureau Detective Sergeant Carl Mattinen confirmed that the family never used the so-called  “straw men”, but only the trusted members of the organization. A portion of the money would always be lost while the rest was rolled over and claimed as a legitimate win.

Had it not been for Ontario casinos, the entire scheme would be much more difficult to spot, stated Mr. McGuire, the co-founder of Toronto-based AML Shop consultancy firm. Other sham firms set up by the family to conceal the true nature of their business indicated a high level of professionalism, but it was the casinos that ultimately shattered this house of cards.