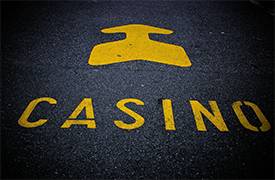 The bill, which was initially introduced back in February, managed to acquire the approval of the two Senate Committees, which was a major step forward, but the recent turn of events could halt the progress made in the attempts to get the bill adopted.

The bill, which stipulates that Pennsylvania Gaming Control Board should oversee the regulation of online gaming in the state, brought certain updates relating to taxation rates, causing major concerns over the future of the bill.

Tax Rates Highest in the World

The taxation update, which was passed in the Keystone State’s Senate last week, proposes a tax rate of 54% for online slot and table game revenue, with 16% tax rate on internet poker.

Bearing in mind that Canadian casinos pay an average tax of 20% of its gross gaming revenue, it is easy to understand the severity of the situation. If these tax rates remain in force, Pennsylvania would have the highest tax rates for any regulated market not only in the United States, but in the whole world!

Such tax policy would deal a serious blow to Pennsylvania’s efforts to attract operators and to any future plans to develop this market.

There’s no doubt that these tax rates wouldn’t be appealing to potential operators, but it seems the legislators want to complicate the situation even further.

If the law gets adopted in its current form, those operators brave enough to enter Pennsylvania’s market would require two separate licenses – one for online poker and one for an online casino. Each of these licenses cost $5 million.