This is the second Jackpot Giant strike in the last five weeks and the slot’s fourth progressive payout since 2015. 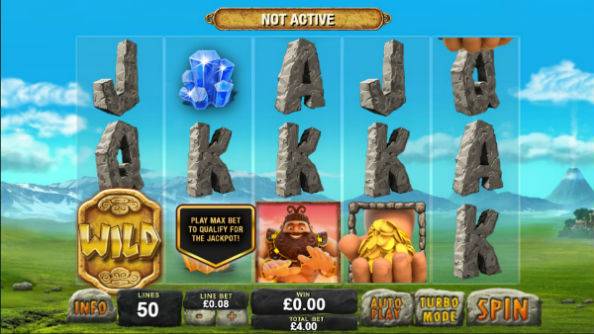 The Gradual Increase in Frequency

Jackpot Giant is definitely not in the league of Microgaming’s the Mega Moolah progressive slot or NetEnt’s Mega Fortune, but the two relatively close jackpot hits indicate a change of pace for this slot. So far, the average time interval between the big wins was 1 year and 15 days, but the last two winners may be setting a precedent…

Only 5 weeks after an anonymous player triggered a generous payout of $1,887,649, a new winner has emerged and hopefully changed the hit frequency of this slot permanently.

Cumulatively, Playtech has released almost $190M in jackpots or around 16 massive cash-outs per month, across 80 progressive releases.

Additional details about the winner are yet to be disclosed but Adam Goodall, Ladbroke’s Commercial Manager, has reflected on the productive, long-term business relationship between Ladbroke and Playtech underlining that this is the second consecutive Jackpot Giant jackpot that’s won on their site.

Playtech was founded in 1999 and is currently holding the position of the gaming industry’s leading developer. Thanks to their varied gaming portfolio of 600+ casino games, virtual games software, sports betting solutions, poker, live dealer, bingo, lottery games, and the company’s omni-channel system (Playtech One), Playtech has managed to grow across all major international markets, forming supply partnerships with lots of operators.

The supply deal between Playtech and Canada-friendly Ladbrokes was formed back in 2013, which was the same year the company’s live casino software became a part of Casino Grand Madrid.

One of Playtech’s most significant contracts has been signed in 2017, when the provider landed a content deal with Warner Bros. After the partnership was announced, Playtech’s shares hit the roof, reaching the highest level in the company’s history.