Many games developers have released World Cup-themed games for the summer. All of them feature something new and specific to the theme. But, of all of them, Play’n Go’s game might prove to be the most popular.

Play’n Go has embraced World Cup Fever with the release of Hugo Goal. It’s sure to be a huge hit among players in Canada with its three-reel format. In the game, Hugo will contend with the likes of Afskylia, Don Croco, and the Goat.

Continuing the line of Hugo success 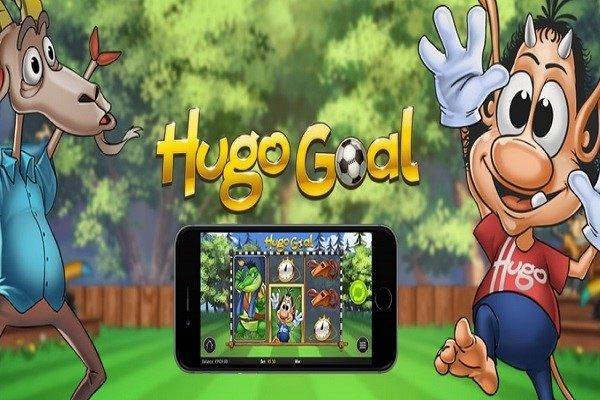 Hugo started off as a television character in Denmark but became an international franchise. Alongside the popular series, many console and PC games were released. These also proved to be very popular internationally. Now, Play’n Go has taken up the mantle to continue Hugo’s legacy.

With the licensing for the quirky little troll, Play’n Go has made three games. Hugo and Hugo 2 proved to be incredibly popular in the world of online slots. Now, Hugo Goal looks set to be the most popular game yet.

The World Cup gameplay aspects of Hugo Goal come in the form of re-spin features. One of these features guarantees a win. Then, there’s also the Penalty Shoot-Out bonus game. In this pressure-filled event, the player can multiply winning up to 10x.

Play’n Go has received much praise for their Hugo games so far. Hugo Goal’s sport-like gameplay and superb graphics will also garner similar acclaim. Play’n Go casinos like Casumo and Rizk anticipate a rush of players from Canada for Hugo Goal.

Adapting Hugo for the World Cup

Game producer Tamas Ujszaszi says picking Hugo’s co-star was difficult. As Hugo fits into so many scenarios, it wasn’t easy to decide the game’s villain. They opted for main adversaries in Aksfylia and Don Croco. But Goat was also added to give it a classic feel.

Play’n Go chief executive Johan Tornqvist wants to build on Hugo’s success. He says that Hugo Goal will appeal to a large player base. The summer will be filled with great sport, and Hugo Goal will offer alternate entertainment between matches.

Once again, Play’n Go has captured the charm of Hugo in a legacy-extending game. Fans will enjoy playing alongside the loveable troll this summer. It’s the perfect way to extend Hugo’s success as even gamers in Canada will have World Cup fever. The Hugo games are available now at Play’n Go casinos.

Enjoy Play’n Go’s impressive range of slots including the Hugo titles at Betsson and Betsafe.