As online casino players in Canada, we’re always excited to see a new game announced. Play’n Go’s latest announcement comes in the form of Golden Colts. What’s unique about how this slot game was created is that the game developer teamed up with an online casino operator. Mr Green and Play’n Go teamed up to create this new game.

Johan Törnqvist, the CEO of Play’n Go, says that collaborating with Mr Green made perfect sense. Play’n Go seeks to provide the best games to operators. Having Mr Green on board for the design of Golden Colts gave a different perspective as well as customer knowledge. He says that this gave the developer unique insight to help produce an incredible game.

Mr Green’s head of gaming portfolio, Ben McDonagh, was excited by this new approach. He said that utilizing Play’n Go’s expertise to build Golden Colts for their own players was a thrilling approach to take.
Both Play’n Go and Mr Green are held in high regard with players in Canada. So slot fans all over should be excited about the release of Golden Colts. 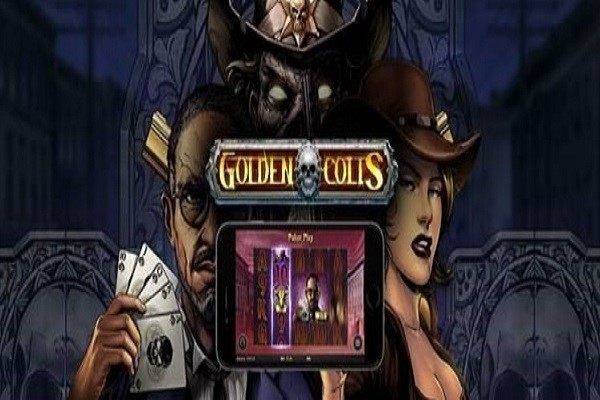 Play’n Go has created many great games that players in Canada love. In fact, its massive library of top-quality games is one of the reasons behind Play’n Go casinos being so popular. The likes of Casumo, Guts and InstaCasino all host many Play’n Go fans from Canada. From classics like Riches of Ra to new releases like Prosperity Palace, Play’n Go remains very popular in Canada.

Golden Colts is set to be an instant classic. On five reels and 40 paylines, you join a team of bounty hunters in the Wild West. You’re tasked with hunting down the zombie sheriff to steal two golden colts. With seven bonus features unlocked by the scatter symbol, Golden Colts seems an exciting game.

Onwards and upwards for Mr Green

It’s been a fantastic year for Mr Green so far. In February, Mr Green announced a 29% revenue increase year-on-year and released another innovative game.

Teaming up with NetEnt, Mr Green released its exclusive Live Beyond Live game. The new 3D live casino has been a smash hit at the top-rated Mr Green casino. Given that NetEnt casinos in Canada are among the very best available, Mr Green teaming up with them for a big game was a smart move. So, Mr Green has had some good experiences working alongside game developers.

Golden Colts is set to be another big hit for both Play’n Go and Mr Green when it’s released.

Enjoy all of Mr Green’s latest and greatest games with this exclusive welcome bonus!