Playtech is one of the world’s leading gaming software providers. Players in Canada love their themed slot games, video slots, and progressive jackpot series. Now they’ve announced that yet another incredible jackpot series is on its way.

Sporting Legends is set to be a three-part game series, all of which link to jackpots. Each game contributes and plays toward three jackpots, two of which are timed. The will be a Daily Jackpot, Weekly Jackpot, and a Mega Sporting Legends jackpot. This feature is an industry first, guaranteeing a jackpot win every day. 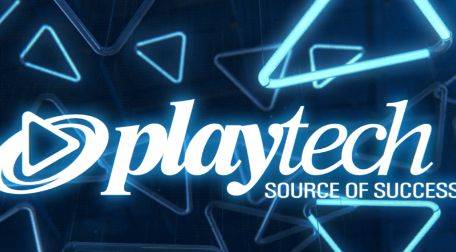 Playtech provides hundreds of great games to the best Playtech casinos in Canada. Their regular releases and linked jackpot games are a huge factor in their popularity among players in Canada. Three sports will be covered in the suite so far, with horse racing, snooker, and soccer games.

The first to be released is Frankie Dettori Sporting Legends. This game follows up a Canada-favourite Playtech game, Frankie Dettori Magic Sevens. It will be the first game in the series to link to the three jackpots. The game comes in line with one of the biggest horse racing events in the world, the Cheltenham Festival.

To enjoy combine the fun of this Playtech game and betting on the horse racing, you can go to William Hill. William Hill casino is powered by Playtech, and they host one of the best sportsbooks online.

To be released in the weeks after Frankie Dettori Sporting Legends will be a Ronnie O’Sullivan snooker-themed game. Then, World Cup Top Trumps will hit the online casinos. The World Cup game shall feature the world’s best soccer stars on the reels. All three games link to the three Sporting Legends jackpots.

Another great line of progressive jackpots

Luckily for the players of Canada, there is a huge range of Playtech games available. The best Playtech casinos in Canada are regularly updated with their latest and greatest games. Sporting Legends is sure to be available and greatly enjoyed by the fans in Canada.

Sporting Legends follows in the footsteps of other great progressive jackpot suits from Playtech. The Marvel suite was one of the most popular game series online. But, due to Disney acquiring Marvel, Playtech had to change the game series into Age of the Gods.

Age of the Gods is wildly popular at online casinos and continues to get new additions. They also boast the DC superheroes progressive jackpot range.

Check out all of the best Playtech casinos in Canada and claim exclusive bonuses for them by clicking here.