Playtech has World Cup fever right now. And they want their fans to get in on the action too. So, Playtech announced the release of three World Cup-themed games. The developer brings the World Cup vibe in a new slot, live casino mode and mini-poker games.

Sure, Canada may not be in the World Cup. But the announcement that Canada will co-host the 2026 World Cup is getting Canadians excited for the tournament. Playtech is a leading online casino provider in Canada. So, these new World Cup games will appeal to many. 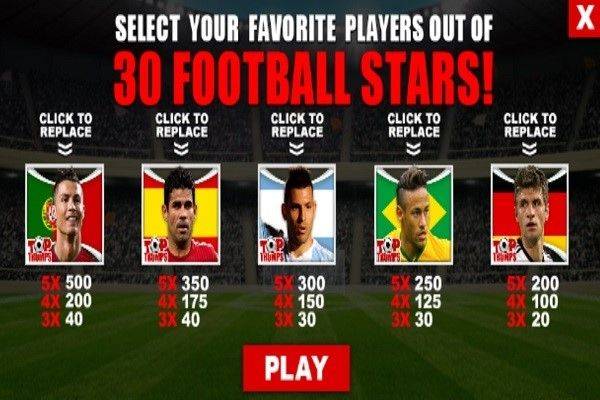 Top Trumps Football Stars is now available to the best Playtech casinos in Canada. It is linked to the daily, weekly and progressive mega jackpot of the Sporting Legends series. Gamers get into the World Cup action immediately with the player select feature. The 30 customisable players include Neymar, Cristiano Ronaldo, Lionel Messi and Sergio Ramos.

Playtech is famous for its lines of progressive jackpot games. There are the DC heroes and villains games. Their Marvel games became the even stronger Age of the Gods series. Now, Sporting Legends stands as a fan favourite of the genre.

At the Playtech poker tables, gamers can try out Poker Predictor. Players get to predict the scores of big games and accumulate points. Points and successful predictions reward spins on the silver or gold prize wheel.

Playtech has gone all-in to bring World Cup fever to all its fans. The slot game features so many superstar players to appease fans. Gamers can immerse themselves while enjoying live casino games. The Poker Predictor adds another level of involvement and competition. There’s no doubt that all these will continue to grow in popularity in Canada.

Get bonuses at the top Playtech casinos, including Omni Casino, EuroGrand and Casino.com.