Playtech Founder Sells Another Portion of His Shares for $433.5 Mill 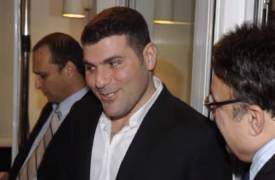 Isle of Man-based Playtech is today one of the biggest names in the online gambling industry. But this success story started back in 1999, in the Estonian town of Tartu, where Teddy Sagi founded the company along with his partners from the casino, software and multimedia industries.

The Israeli-born businessman, currently residing in London, was the largest shareholder in the company he founded up until November 2016, when he started selling his shares. It seems Sagi is losing interest in Playtech and the latest news appears to confirm this claim.

After selling 20% of his shares back in March, Sagi has decided to sell another portion of his shareholding stake in Playtech.

Initially, the plan was to sell 32 million of ordinary Playtech shares, but in the end, additional 4.5 million shares were unloaded through Brickington Trading Limited. In total, that’s 36.5 million shares, sold at a price of $11.86 per share.

According to both sides involved, Brickington and Playtech, the reason behind the increase was a strong investor demand. Still, Brickington Trading Limited, a subsidiary of Sagi’s trust, will hold around 7.7% of the company’s issued share capital, which in practice means 20.1 million shares and 6.6% of Playtech.

Focusing on other Business Ventures

The sale of 11.5% of the world-class provider will see Teddy Sagi earn around $433.5. The funds will be used by Sagi to further develop his property portfolio since he plans to focus his business attention to real estate investment projects. In an interview to the Financial Times, Sagi revealed his plans to increase business activities not only in London but in other European capital cities as well.

His next move is taking over the company that currently owns the majority of London’s popular marketplace, Camden Market, while this move will be done via LabTech Investment, another firm owned by Sagi.

Teddy Sagi said he still believed in the success of Playtech. However, his decision to sell the latest portion of the shares caused a havoc in the market, resulting in a drop in Playtech share value by 3.6%.