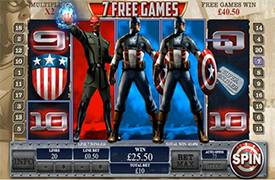 Isle of Man-based Playtech, one of the biggest names in the online gambling industry, will be removing all Marvel-themed content from its casinos by the end of this month.

This move will mark the end of cooperation between Playtech and the famous publisher of comic books. During the three years of working side by side, we’ve seen an array of high-quality titles being launched.

Playtech was the last provider of Marvel-themed video slots since 2014 when the American company terminated its contract with Amaya.

The Story Behind the Story

Those unacquainted with the whole situation may wonder why is Marvel slowly withdrawing from the gambling world, and the answer to that question is rather simple. Back in 2009, Marvel was purchased by Disney, a company known for its policy of creating family-friendly brands and anti-gambling campaigns.

No one was surprised when in 2013 Disney decided to stop renewing slot machine licensing contracts. As mentioned, Canadian Amaya Gaming was the first to purge Marvel content from its offer.

Playtech’s contract is coming to an end, so the company informed its licensees to remove all Marvel contract by April 1, while the affiliate partners will remove any remaining promotional material.

William Hill and Coral are among those who’ll be removing Marvel games from their websites, and according to them, the process will have to be done as soon as possible, in order to meet the deadline.

Out With the Old, In With the New

Fans of superhero-themed games don’t have to despair because the company is about to expand its offer with lots of new titles. Last year, a licensing deal was signed with Warner Brothers, which will bring Batman and Superman, as well as many other DC characters to Playtech.

There is definitely something to look forward to since some of the new slots include Dark Knight Trilogy, Suicide Squad and Justice League.