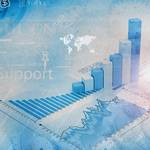 Online gambling giant Playtech has released its H1 2017 financial results. The numbers are impressive, with growth across all key metrics, with overall year-over-year revenues increasing by 25% since 2016:

Specifically, the company’s online casino offerings grew by 28%. That growth was led by strong increases in Asia, as well as new revenue streams from properties recently acquired as part of an overall expansion strategy.

Within the overall numbers are some impressive and encouraging statistics in key verticals.

For starters, mobile accounted for 38% of total revenue, significantly up from the 29% number posted in H1 2016. Given the huge increases in the popularity of mobile gaming, that’s a particularly important number that is a strong indicator of future performance in a changing market.

In addition, the company noted the successful launch of its new live casino in Riga, Latvia — currently the largest live casino operation in the world as another key factor:

“Playtech has also continued to execute on its industry leading omni-channel solution by deepening its offering in key verticals with the integration of Playtech BGT Sports creating a fully integrated best-in-class sports technology solution and the launch of the world’s largest Live Casino studio in Latvia, revolutionising the offering in a growing and dynamic channel,” said Alan Jackson, Chairman of Playtech, in a statement.

The report also was upbeat about the future. For starters, it noted that there has already been an uptick in year-over-year daily revenues for the ongoing Q3 vs. 2016.

Given the strong native growth, profitable acquisition strategy, and stellar performance in growing verticals like mobile and live casino, it’s easy to see why Playtech’s future in 2017 and beyond is looking bright:

“Taken all together, this proven platform for growth across the business has again delivered a strong performance and management remain confident of further strategic progress in the second half of 2017,” Jackson said.