Playtech is one of the most popular slots providers operating across Canada, and they continue to release quality and impressive slots games. This month has seen Playtech wheel out their most recent slot, and one that is based on the popular musical movie Grease. Playtech had a busy summer, releasing no less than three World Cup slots games. And the company has made waves again this month with another wonderful themed slot game.

Grease was one of the most popular movies of the 1970s, and it remains among the most memorable and iconic of movies. So, the hope is that the slot will stand the test of time as much as the movie did! With great experience bringing the masses to their games by embracing popular culture, and they have now turned their hand to musical numbers.

The Grease slot game has been highly anticipated since as far back as April of this year. This is such a major release for B.C. natives, and one of the games that will doubtless prove very popular among players. So, what is the game like, and how does it compare with other slots releases available this summer? 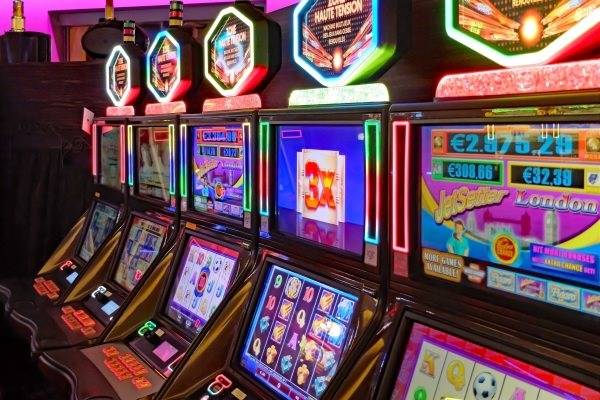 When it comes to slots games that are based on another medium, such as movies or TV shows, there is usually an overreliance on the original source, and the actual slot itself is overlooked slightly. One of the issues with the Grease slot seems to be this problem, and this is most noticeable with the graphics and sound effects, which are awful. For a game based on a movie that is so visually and aurally stimulating, this is a big disappointment and a major problem for the game.

The 5×3 reel, 20-payline slot sees the game take place in Frosty Palace Diner, while the symbols are a mixture of playing cards and characters from the movie. To be honest, the graphics and symbols are pretty uninspired considering the original source, and this is very disappointing.

Landing three or more matching symbols helps you to pick up wins, but there are also bonus options as well. There are respins, random wilds, stacked wilds, free spins, progressive jackpots, and some cool Pick a Prize rounds.

The Danny and Sandy symbols represent the stacked wilds here, and the heart symbol is the game’s wild symbol. This is what players need to be looking for because it is an excellent way of building up big money wins. Among the special features of the game that you want to look out for include Rockin’ and a Rollin’ Respins, and Sweetheart Wilds. The Jukebox Bonus is also another great bonus feature within the game.

This is a slot that will appeal hugely to fans of the Grease franchise, although non-fans may struggle to take much from it. It is clear that the graphics and sound effects suffer in this game, but there are a few decent bonuses and special features, and these just about get the game over the line. As Playtech slots go, this one is disappointing, especially when compared to the August release of the fantastic Eliminators slots game, but fans of Grease will likely get something out of it.