Playtech’s Age of the Gods Comes to Poker Fans

Age of the Gods is one of Playtech’s biggest game series. It’s one of the most popular in the world of online casinos. In Canada, the series has a huge following thanks to its powerful theme. Most recently, Playtech has announced that Age of the Gods is gaining a new chapter.

Known best as a progressive slot game, it will now enter the world of poker. Age of the Gods Twister Poker features two jackpots. Players still play alongside their favourite gods from the series. But now, they can do so in the much-loved game of poker.

Age of the Gods continues to grow 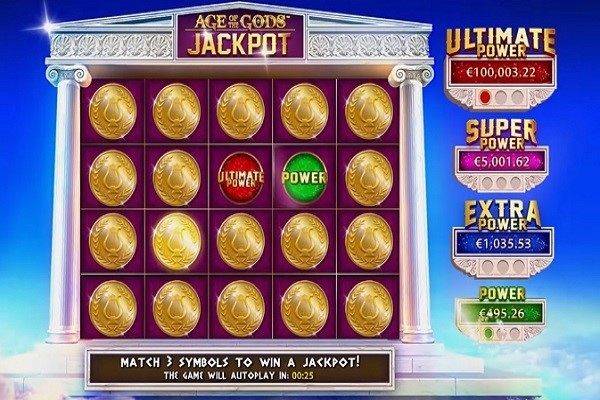 It started as the Marvel progressive jackpot series. But, after Disney yanked the license, Playtech had to adapt. So, they upgraded from superheroes to gods. A wise move, and one that has proven to be incredibly popular. The gameplay is the same between the Marvel and Age of the Gods games. This has allowed them to stay incredibly popular in Canada.

But, it’s been a long time since the theme switch. Playtech has grown Age of the Gods tremendously. New games have been added to the series. Now, the series has expanded into new game types. It started with Live Age of the Gods Roulette. Now, there’s Age of the Gods Twister Poker. Both of these games and the slots link to the four-tiered progressive jackpot.

Playtech chief operating office Shimon Akad states his excitement for joining the world of poker. Akad states that the development team has done a great job making the game. The striking graphics and compelling gameplay make it very exciting.

There is no doubt that this will raise Age of the Gods’ popularity in Canada. It’s already a fan-favourite. Now, it’ll reach out to poker players as well.

The best Playtech casinos in Canada are very popular because their games never fail to impress. Also, their work outside of online casinos is inspiring.

Wield the power of the gods in Playtech’s flagship game series at William Hill and Slots Heaven.